Atlanta coworkers donate kidneys to each others’ husband

Tia Wimbush and Susan Ellis found out that their husbands were suffering from kidney disease and both men were in desperate need of transplants.

Two longtime Atlanta coworkers found out how much they have in common while having a brief conversation in a bathroom after only knowing each other casually for a decade.

According to a report from CNN, Tia Wimbush and Susan Ellis both found out that both of their husbands were suffering from kidney disease and that both men were in desperate need of transplants.

What happened next was like something out of a Hollywood film.

“All that was going through my head is, ‘What if we can donate our kidneys to each other’s husbands?’ I could have never imagined it,” Wimbush told CNN. 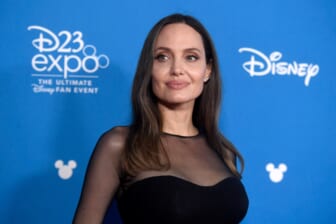 Immediately, the two women contacted Wimbush’s donor coordinator who began the process of confirming the matches.

The amazing ordeal began for the Wimbush family in 2019 when Rodney Wimbush, a school teacher and coach, went to his school’s nursing office because he wasn’t feeling well. After a trip to the emergency room, he found out that his kidney was failing.

“It was extremely emotional,” his wife said of the ordeal. Rodney immediately began dialysis to save his life.

For the Ellis family, their ordeal began a decade earlier when Lance Ellis was diagnosed with kidney disease in 2010. He received a kidney from his mother in 2017, but his body began to reject the kidney in 2019.

“There was always the fear of the unknown, the fear of the worst-case scenario that’s looming,” Tia said. “We just never knew what could happen in just a single moment.”

The amazing coincidence led to surgery on March 19, 2021. Both Lance and Rodney accepted their new kidneys. Lance took Tia’s and Rodney got Susan’s. The couples have since bonded over the miraculous shared experience. “It’s beyond friendship. They really are family,” Tia said. “We all took a leap of faith in doing this and now we are forever connected, always rooting each other on in both the recovery process and in this second chance of life.”

“It is very rare for two immunologically incompatible pairs to propose their own paired exchange and actually be a match for one another,” Christina Klein, a transplant nephrologist at Piedmont Atlanta Hospital, said in a statement. “I have been a transplant nephrologist since 2008 working in active living donation and paired kidney exchange programs, and I have personally never seen this happen before.”

Both Tia and Susan returned to work in May and their story went viral after their employer, Children’s Healthcare of Atlanta, shared a Facebook video of their triumphant return where they were greeted with cheers from their colleagues.

Both women say that they hope their experience will inspire others to become donors.