A Black woman is making history in Chicago in her new role as the head of the city’s fire department.

After more than 30 years of experience with the Chicago Fire Department, Annette Nance-Holt reached a historic milestone by becoming the first woman and woman of color to lead the department in its 162-year history, according to the City of Chicago.

“The Fire Department must have membership and leadership that mirrors the communities it serves every day,” said Commissioner Nance-Holt in a statement shared by the City of Chicago. “As a child, I never laid eyes on either a female firefighter or a firefighter of color. There were no role models who looked like me, and so I never thought that becoming a firefighter, which was my dream, would be a possibility for me.

“As Fire Commissioner, I intend to show the next generation of young Black women that they too can achieve any and everything they set their minds and hearts to.”

In mid-May, Chicago Mayor Lori E. Lightfoot announced that Nance-Holt would take over as the permanent commissioner of the Chicago Fire Department. She took to Twitter to share the news.

“I’m proud to announce that Annette Nance-Holt will make history as not only the first woman but the first Black woman to serve as Commissioner of the Chicago Fire Department. After more than 30 years of service, she’s the right choice to lead the department into the future,” Lightfoot tweeted. 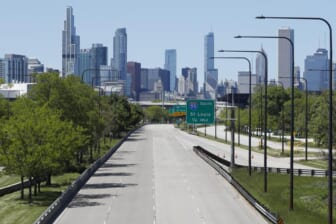 In a statement released by the City of Chicago, the mayor continued to praise the new transition.

“Commissioner Holt has more than three decades of proven leadership and a passion for public service that makes her the perfect fit for this role,” Lightfoot stated.

“Furthermore, in a time where more work remains in order to eliminate discrimination, racism and sexism from the firefighter profession, Commissioner Holt’s history-making appointment as the first woman and Black woman to lead as Fire Commissioner couldn’t have come at a better moment. I want to congratulate her on formally and permanently stepping into the role and look forward to seeing how she builds upon CFD’s long-standing reputation as the finest in the nation.”

In mid-June, the Chicago City Council voted to approve the selection of Nance-Holt to serve as the Chicago Fire Department commissioner, NBC Chicago reports. 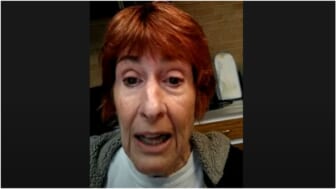 Nance-Holt’s isn’t new to making history in Chicago. In 2018, she became the First Deputy Commissioner, making her the first woman to hold Chicago Fire Department’s number two spot, according to the City Of Chicago.

Throughout Nance-Holt’s experience, she served as Firefighter, Lieutenant, Captain, Battalion Chief, Deputy District Chief, and First Deputy Fire Commissioner. Her experiences go back to her earlier days where she also worked at a family-owned grocery store on the south and west sides of Chicago.

She studied at Anna Maria College, where she earned a Master of Science degree in Public Administration/Fire & Emergency Management. Prior to that, she earned her Bachelor of Arts degree from Chicago State University.

Nance-Holt is also the founder of two nonprofit organizations, Purpose Over Pain and the Blair Holt Scholarship Foundation. She became a prominent gun-control activist after her 16-year-old son Blair Holt was killed in a 2007 shooting incident in Chicago as he tried to shield a classmate from gunfire, WTTW reports.

Nance-Holt currently lives in Chicago with her family.