Minnesota Attorney General Keith Ellison has reportedly e-filed a request in Hennepin County Court for Judge Peter A. Cahill, who presided over the Derek Chauvin trial, to add the word ‘trauma’ in his 22-page sentencing memo.

A portion of the sentencing memorandum for Chauvin, the first officer charged, and now convicted, in the murder of George Floyd, is in question and centers on two pages. Those pages (16-17) detail what Judge Cahill thought about the impact of children witnessing the death of Floyd. 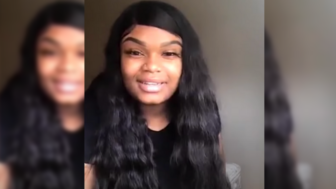 Ellison wants the record to reflect that the young girls were traumatized by the horrific use of excessive and irresponsible police force on George Floyd. In the State vs. Chauvin, the judge did not give any additional sentencing time to the former police officer on account that the children on the scene, in his opinion, did not appear to be traumatized.

“Although the State contends that all four of these young women were traumatized by witnessing this incident, the evidence at trial did not present any objective indicia of trauma,” the judge’s memo contends on page 17. “Ms. Furnari, who recorded several minutes of the restraint using Ms. Gilbert’s cellphone, and J.R. are observed smiling and occasionally even laughing over the course of the several minutes they observed Messrs, Chauvin, Kueng and Lane restraining Mr. Floyd.”

Attorney General Ellison has supported his request of the judge in the case with a statement from nationally-renowned psychologist, Sarah Vinson.

The minimum sentence Chauvin could have received was 12 years, however, he received 22 and a half years in prison.

This issue plays into the racial disparity of sentencing, this time with the verbiage of the sentencing memorandum as it relates to Black trauma.

Another nationally renowned psychologist, Dr. Jeff Gardere, told theGrio, “when it looks like someone is laughing inappropriately, it is because of a psychological reaction.”

Ellison’s request is just that, a request, that has no obligation by the judge to comply. The request by the state attorney general is not a mandate and does not have to be granted by the judge in the trial.

But the concern is that this case could set a dangerous precedent. 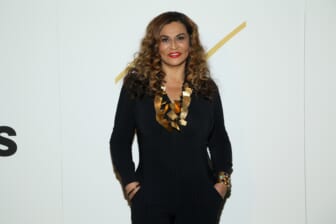 Sources close to the issue suggest if in the future someone commits a crime in front of a child, the defense could argue the minor didn’t experience traumatizing impact, and the example cited for the defense could be the sentencing in the State vs. Chauvin trial.

Questioning the traumatic impact of witnessing George Floyd’s murder on children stands to open more Black children to scrutiny in the courts. The children on the scene near the Cup Foods store watched the Floyd murder for more than nine minutes, yet the varying responses to trauma were not taken into account by Judge Cahill when setting Chauvin’s sentence.

The presumption is they were traumatized, but Judge Cahill negates that aspect several times in the memo.

Ellison is not asking for a change in sentencing, but a wording change in the Judge’s memorandum to acknowledge the trauma that occurred on May 25, 2020.