It’s a rite of passage for championship sports teams to head to the White House to celebrate their victories. But under Donald Trump, many teams refused to attend the traditional ceremony due to his politics and divisive rhetoric.

But with a new president in office, more teams are heading back to Washington, D.C. to be honored by the commander in chief. 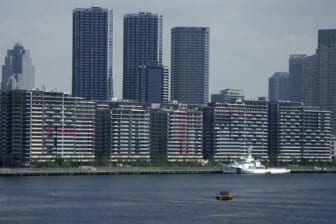 No other details about the visit were provided by a White House official, who spoke on condition of anonymity because the event has not been formally announced.

NFL players report to training camp for the 2021 season later in July.

Biden has resumed the tradition of opening the White House to championship sports teams after an uneven record of such visits under the Trump administration.

The Tampa Bay Buccaneers capped off an unlikely season under the leadership of Tom Brady, their 43-year-old quarterback who won his seventh Super Bowl in his first season in Tampa Bay.

He and the team outplayed the reigning champion Kansas City Chiefs and their superstar quarterback, 25-year-old Patrick Mahomes.

Brady and former Arizona Cardinals coach Bruce Arians were acknowledged as combining their talents to lead a team of perceived head cases, troubled players who’d been let go by other teams, and even a player coming out of retirement in Rob Gronkowski, who rejoined his former New England Patriot shot caller for another championship, their third together.

Other key players included Antonio Brown, the embattled receiver who’d been let go from three teams — the Pittsburgh Steelers, the Oakland Raiders and the Patriots, before joining Tampa Bay at the behest of Brady, and Leonard Fournette, the running back who was waived by the Jacksonville Jaguars. 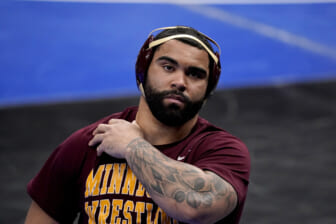 Tampa Bay was honored with the Team of the Year at the 2021 ESPYS and Brady was named Male Athlete of the Year. The entire Super Bowl roster will return for the 2021-2022 season to try to go for another Lombardi trophy.