Despite a very specific will, fighting over the Godfather of Soul's estate has dragged on for over a decade

When legendary music icon James Brown died on Christmas Day in 2006, not only did he leave behind a catalog of innovative funk music that inspired generations, he also left behind disputes over his will that dragged on for over a decade. 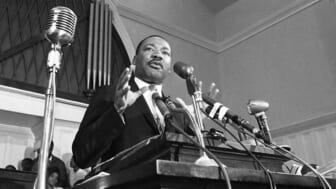 For the past 14 years, Brown’s children, administrators and a former lover have been entangled in legal battles over the Rock and Roll Hall of Famer’s estate and assets. However, The New York Times reports that all parties are nearing a resolution in the dispute.

According to a statement from Brown’s children and Russell L. Bauknight, the Brown estate’s current administrator, a settlement was reached that will resolve much of the ongoing litigation. The settlement follows two months of “lengthy mediation discussions,” the statement said.

The parties involved did not disclose the details of the agreement. Attorney Marc Toberoff, who represents five of the music legend’s children, three grandchildren and the estate of another child, said, “the matter has been settled.”

As reported by Fox News, Brown’s family and others have been involved in over a dozen lawsuits fighting over his estate. At issue is conflicting assessments over the value of the estate. Some parties have calculated it at just under $5M, while others have claimed it’s worth an estimated $100M.

Then there is the matter of the worth of Brown’s expansive music catalog. As reported by The Hollywood Reporter in 2018, several of Brown’s children and grandchildren engaged in a lawsuit with one of Brown’s former lovers and backup singers, Tommie Rae Hynie. Hynie and Brown were married in 2001, only to be discovered that she was already legally married to a man named Javed Ahmed in 1997.

The “Papa’s Got a Brand New Bag” singer did not include Hynie, nor the child they shared, James Brown II, in his will, which specifically laid out his plans, including a provision for scholarships for underprivileged children.

However, Brown’s older children filed suit against Hynie in 2018 over ownership of Brown’s music publishing. They accused her of having “embarked on a series of duplicitous business machinations calculated to deprive Brown’s children of their rightful interests in Brown’s music under the Copyright Act.”

The New York Times also reports that the ongoing dispute over Brown’s estate delayed the stipulation in his will that called for a trust to be created to fund scholarships for both his grandkids as well as underprivileged children in South Carolina and Georgia, the states he was, respectively, born and raised in.

The trust was to be dubbed “I Feel Good,” named after one of his biggest hits, and was to been funded via capital from his music royalties, according to Fox News.

However, per The Hollywood Reporter, due to the ongoing battle between Hynie and Brown’s children and grandchildren, the estate confirmed that “to date not one penny has been available for those scholarships because the probate litigation has continued.” 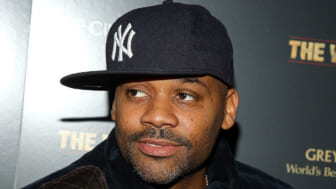 This family in-fighting over Brown goes back so far that it affected the singer’s burial. Reuters reported it took two months for Hynie and Brown’s children to agree on terms of where the Godfather of Soul would be laid to rest.