MLB to invest up to $150M to improve Black representation

The league committed the money to The Players Alliance, a nonprofit comprised of Black players dedicated to improving equity in baseball

On Monday, Major League Baseball announced it will invest up to $150 million over the next 10 years into The Players Alliance, a nonprofit organization committed to improving equity in professional baseball. The organization is comprised of over 100 Black current and former major league players.

The announcement came from Commissioner Rob Manfred prior to the 2021 Home Run Derby, one of the league’s All-Star events.

“Major League Baseball is thrilled to expand our commitment to the Players Alliance, which will include joint efforts to strengthen our sport’s engagement with Black communities,” Manfred said.

“We believe in the mission of the Players Alliance and have been inspired by the passion and perspectives of the players who are leading this effort,” he added. “We know that our sport is at its best when it is accessible to everyone. Together, we will make this a reality with innovative and collaborative programs.”

Shortly after the announcement, MLB released a statement saying that this is the league’s largest-ever investment in the advancement of Black representation.

“This represents the largest financial commitment in MLB history toward the specific goal of improving Black diversity in the sport on the field, in managerial and coaching positions, and front office leadership,” said the league’s executive reporter Mark Feinsand. 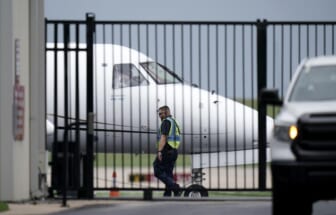 Per the statement, the money will help fund “a variety of programs built around participation in baseball, mentorship and professional baseball employee development,” as well as “initiatives that celebrate Black baseball history and culture, educational grants and service opportunities to communities.”

The Players Alliance was created in 2020 when current New York Mets outfielder Cameron Maybin, who played for the Chicago Cubs at the time, was dissatisfied at the lack of conversations about the Black Lives Matter movement in major league baseball compared to the NFL and NBA.

He connected with other Black MLB players, past and present, to form a space where they could support each other and work to improve equity in the sport as a whole. The group is currently led by retired MLB legends Curtis Granderson, C.C. Sabathia and Edwin Jackson.

One of the group’s initiatives is a mentorship program for new Black players who are drafted into the majors. They also hold clinics and donate gear to Black players and outside organizations nationwide.

They helped advise the league to move the 2021 All-Star Game to Colorado from its originally scheduled location in Georgia following the state’s implementation of voting laws that could restrict access to Black voters. 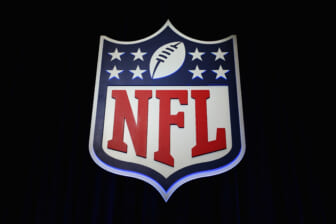 Black player representation across major leagues peaked at 19% in the early 1980s, and has since declined to roughly 8% in 2021, according to the New York Times.

Black representation is even lower when it comes to the management of MLB teams. Out of the 30 MLB teams, only two have Black managers — Dave Roberts of the reigning World Series champion Los Angeles Dodgers and Dusty Baker of the Houston Astros — and only one has a Black vice president: Kenny Williams of the Chicago White Sox, per NYT.