Stokes has appeared in “Law & Order,” “Power” and “Boardwalk Empire”

A television actor has been charged with murder in the fatal shooting of a New York man in February.

A grand jury Friday indicted Isaiah Stokes, 41, on charges of second-degree murder and criminal possession of a weapon in the death of Tyrone Jones, 37, of Queens Village.

A message was sent to his defense attorney seeking comment on the charges. Stokes has appeared in “Law & Order,” “Power” and “Boardwalk Empire,” among other television series. 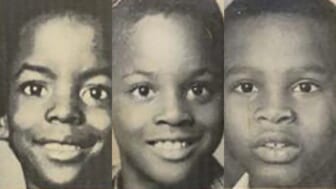 The shooting happened the afternoon of Feb. 7. Authorities said surveillance footage shows Stokes exiting a vehicle near the intersection of Linden Boulevard and 200th Street and then firing 11 rounds into a parked Jeep Grand Cherokee.

“Gun violence is all too prevalent in our neighborhoods,” Queens District Attorney Melinda Katz said in a news release. “We will not allow it to become the norm.”

Stokes is due to appear in court Monday and faces 25 years to life in prison if convicted.