Windhorst made the claim on a late-night podcast hosted by ESPN’s Zach Lowe, after the “Hello” singer was spotted sitting courtside next to the NBA agent during Saturday night’s NBA Finals Game 5. The game was reportedly their first public outing as a couple. 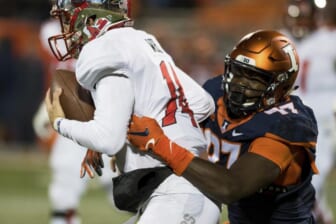 James, who was also in attendance at Phoenix’s Footprint Center Saturday night, stars in the new movie Space Jam 2: A New Legacy available now in theaters and on HBO Max. The four-time NBA champion is a member of the Los Angeles Lakers and has been represented by Paul for nine years.

James and Paul stayed in touch from the day they met in 2002, and James even began paying Paul a $48,000 salary after getting drafted in 2003. Paul later joined the Creative Artists Agency (CAA) to work under James’ then-agent Leon Rose, and eventually left to found his own agency, taking James with him. 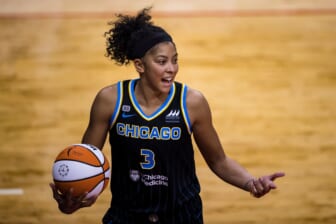 Backed by its roster of star athlete clientele, the agency has steadily grown in popularity over the years and earned the number 13 spot on Forbes’ global list of top sports agencies in 2020.

Paul told The New Yorker that his main goal is promoting athlete empowerment and education, which he said is especially relevant for Black athletes.

He continued to speak about his experience as a Black sports agent, a historically underrepresented group in the profession.

“If you go back in the history of representation, again, there were very few Black agents,” Paul said.

“We’re going from us feeling like, when you come in a room, if you see more Black people in the room, you’re in the wrong room. No, you’re in the right room. That mentality years ago, we have to change that,” Paul added.