Ben Crump has reacted to Jeff Bezos gifting Van Jones $100M to use at his disposal to help the most vulnerable.

As previously reported by theGrio, the Amazon founder and wealthiest man in America announced Tuesday that he plans to donate $100M each to CNN contributor Van Jones and celebrity chef José Andrés. 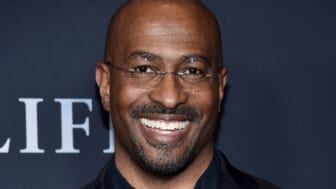 Crump tells TMZ that he plans to hit up his good pal Jones about using some of the funds to support a full-service law facility in Florida called The Ben Crump Social Justice Law Center — located in St. Thomas University College of Law in Miami Gardens.

According to the outlet, the startup is already underway and aims to offer legal resources to underserved and underprivileged Black Americans who want to become lawyers.

Through his work, the nationally renowned civil rights and personal injury attorney has spearheaded a legal movement to better protect the rights of marginalized citizens. Ben Crump Law is dedicated to holding the powerful accountable.

Crump has been accepting donations for The Ben Crump Social Justice Law Center for some time, but financial backing from Jones could boost the profile of the project and take it to the next level.

Bezos announced at a press conference Tuesday following his trip to space that his generous gift is part of his new philanthropic initiative called the Courage and Civility Award, which aims to honor “leaders who aim high, and who pursue solutions with courage and who always do so with civility.”

“They can give all to their own charity or they can share their wealth. It’s all up to them,” Bezos said, CNN reports. 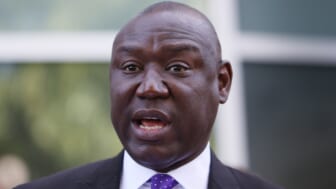