EXCLUSIVE: After the assassination of Haiti President Jovenel Moïse, the White House is determining how it should weigh in on the island nation's upcoming elections

United States representatives are finalizing details for a delegation to Haiti to attend the funeral service of the island nation’s assassinated president, Jovenel Moïse. Services are slated for Friday.

New York Congressman Gregory Meeks, who chairs the House Foreign Affairs Committee, is contemplating attending the funeral. Amid his possible visit to the politically strife country, he’s advocating for Haiti to move its presidential election to the fall.

Meeks exclusively told theGrio, Haitian elections are slated for Sunday, Sept. 26, but he has persuaded the Biden administration not to push too fast on holding the elections that day.

“I’m pleased to have had a conversation with members of the administration where they’ve indicated to me that they have changed where they were as far as trying to push forward elections,“ Meeks said.

White House Press Secretary Jen Psaki would neither confirm nor deny what Meeks said, however, she acknowledged, “it is vital for Haiti’s leaders to come together to chart a united path forward, to move forward with the election as soon as they are confident from the public health and security perspective.“ 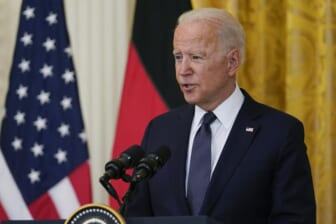 Gang activity in Haiti is the main source of concern and has weighed heavily on the minds of international leaders and groups for years.

“They would take over the polling sites, people will feel intimidated,” Meeks explained. “We have to stabilize institutions.”

Congresswoman Stacey Plaskett, who is a U.S. delegate representing the Virgin Islands, said members of the Congressional Black Caucus and the Carribean Caucus held many meetings on the matter and have impressed upon the U.S. State Department “that America has to have engagement with them continually” and ensure all stakeholders in Haiti have a seat at the negotiating table. 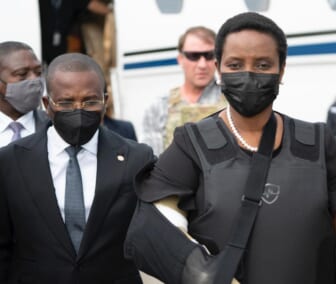 Plaskett highlighted that in the last week the congressional groups have been able to get “each one of the oppositions to have an agreement about a reconciliation legislature” that will be composed of multiple parties in Haiti.

Also, a new prime minister will lead the country in the interim period. That principal, Ariel Henry, was selected by President Moïse prior to his assassination.

The White House said they are working with many organizations to facilitate free and fair elections in Haiti. The Biden administration also acknowledges they have given the poorest country in the western hemisphere $75 million in assistance to support its democracy.

As the United States vies for its prominence on the world stage and grapples with domestic voting rights challenges of its own, Haiti serves as another test for the international community to assess if “America is back” as President Joe Biden famously declared.