When it comes to the 2020 Summer Olympics, we’re rooting for everybody Black 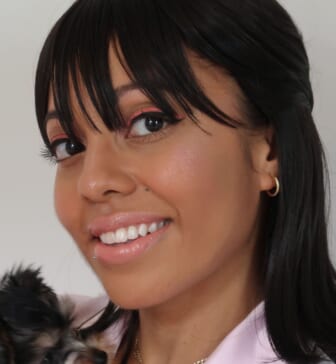 The Summer Olympic Games are finally kicking off in Tokyo after being postponed in 2020 due to the pandemic. While everyone is excited, we’re extra pumped since Black athletes are taking center stage at the games.

In the words of the iconic Issa Rae, we’re rooting for everybody Black, but there’s no question that Black female athletes are the ones dominating this year. There will be so much Black girl power in Tokyo we had to make a list to keep up.

Below find 31 badass Black women dominating in their sport as women continue to own their power across the globe.

Standing at just 4′ 8″, Biles is often referred to as the greatest athlete of all time. With 30 world championship and Olympic medals, the 24-year-old certainly lives up to her “GOAT” title.

Osaka has been ranked No. 1 by the Women’s Tennis Association, is the first Asian player to hold the top ranking in singles, is a four-time Grand Slam singles champion, and is the reigning champion at the US Open and the Australian Open.

The 23-year-old has had another big honor recently — her very own Barbie doll created in her likeness!

Wilson is a professional basketball player for the Las Vegas Aces of the Women’s National Basketball Association. You can spot the 24-year-old on the court in Vegas wearing the number 22.

In 2016, Manuel made history by becoming the first Black woman to win an individual Olympic gold medal—a feat that smacks stereotypes around Black women and swimming in the face.

Just before the Tokyo Games, a ban on swim caps designed for swimmers with thick, curly, and voluminous hair — a category Manuel falls into — was placed. After backlash, the new policy is under review putting Manuel and the Crown Act back into the spotlight.

The 6-foot, 2-inch middle blocker is known best for her 10-foot, 5-inch spike touch. She participated in the 2018 Pan American Cup and the 2018 and 2019 FIVB Volleyball Women’s Nations League.

At 35 years old, Felix is the most decorated Olympian in track and field history—and she’s a mom. She specialized in the 200-meter sprint and gradually shifted to the 400-meter sprint later in her career.

Chiles is often compared to gymnast greats Gabby Douglas and Simone Biles. She’s been gaining attention ever since she won the all-around at February’s Winter Cup and came in second overall at the GK US Classic behind Biles.

McLaughlin, who hails from New Jersey, is the current world record holder in the women’s 400 meters hurdles with a time of 51.90 seconds, set on June 27, 2021, at the United States Olympic Trials. She competed for the University of Kentucky before turning pro.

The former Harvard student-athlete made history by becoming the second-fastest woman ever in the women’s 200 meters. The elite sprinter joins a host of other Black female track and field stars to watch at this year’s games.

The 25-year-old American Paralympic athlete was born with brachial plexus that caused nerve damage and limited mobility to her right shoulder but has excelled with her unique running form. She participates in the T46 sprinting events.

The lightweight fighter hails from Lynn, Massachusetts. She won a medal at the 2019 AIBA Women’s World Boxing Championships.

Cunningham specializes in the high jump. She is coached by her father, former NFL superstar quarterback Randall Cunningham, so greatness is in her genes!

Clemons’ time of 7.73 seconds in the 60-meter hurdles is tied for the 5th fastest time in history and .05 seconds off the world record.

The 31-year-old has been officially dubbed “Cool Ranch Clemons” for setting the record wearing a pair of Cool Ranch earrings, which snagged her an endorsement with Doritos before the games even begin.

Harrison set the world record in the women’s 100 meters hurdles with a time of 12.20 seconds on July 22, 2016, at the London Müller Anniversary Games. Here’s a fun fact: she grew up in a large family with ten other children.

Graham is an Army boxer and will be competing in the middleweight class. Her hometown is Fayetteville, North Carolina.

This middle blocker grabbed the gold at the Paralympic Games in Rio de Janeiro for sitting volleyball.

Johnson is considered one of the best goalkeepers in the world, and she became the first African-American woman ever to make the U.S. Olympic Women’s Water Polo team in 2016. The team went on to win the gold!

The 31-year-old specializes in the 400 meters hurdles. She won the gold medal at the 2019 World Championships.

Tapper played for her alma mater at the University of North Carolina, Chapel Hill, before playing for the 2017 Women’s Rugby World Cup in Ireland.

Berry specializes in hammer throw. Her mark of 77.78 m on June 8, 2018, ranks her #6 on the all-time list, plus she holds the world record in the weight throw with a mark of 25.60 m set in March 2017. The 32-year-old is also a passionate activist for the rights and equality of the Black community.

The 28-year-old competes in the women’s freestyle category and is a current world champion in the women’s 68kg category. Previously, she was honored as the 2019 United World Wrestling Women’s Wrestler of the Year.

The 28-year-old freestyle wrestler is already a world champion. She hails from Oakland, California, says she’s been a fighter since childhood after being a target of bullying because of a lisp.

Gunderson is already a decorated bronze medalist. At the 2016 Olympic Games, she started all eight matches, registering 104 points for fifth overall and third in blocking with 0.56 blocks per set.

The pro sprinter finished second in the 60 meters at the 2017 NCAA Division I Indoor Track and Field Championships for the University of Kentucky.

The 24-year-old American sprinter placed seventh in the women’s 100 meters at the 2019 World Athletics Championships.

Jonathas competed in the women’s 400 meters event at the 2019 World Athletics Championships, finishing in 4th place, in 49.60 seconds. The 23-year-old is originally from Haiti.

This 29-year-old sprinter specializes in the 400 meters distance. She won the bronze medal at the 2016 World Indoor Championships and is the 2020 US Olympic Trials champion in the women’s 400 m.

The baller is an accomplished gold medalist for her participation on the USA Women’s Basketball Team, plus she is the first Black woman to host a national radio show for ESPN, also being the first WNBA player to do so.