"You are the cutest and sweetest baby boy!” Ciara wrote via Instagram

The newest addition to Ciara and Russell Wilson’s family has just celebrated his first birthday.

Win Harrison, the youngest son of acclaimed singer Ciara and champion football quarterback Wilson, turned one on Friday, which Ciara announced via Instagram with throwback photos captioned: “The BIG 1!! WINning today and Everyday!”

“You are the cutest and sweetest baby boy!” she continued. “Always dancing, smiling, and laughing…Always all over the place! The worlds going to have to keep up! 🙂 I’m so excited and grateful to be celebrating you today! I love you so much My little Prince. #HappyBirthday WIN!”

Wilson posted a video on Instagram and Twitter of Win sitting on his lap, playing with Wilson’s necklace as the two shared a special moment.

“July 23. Blessed. Anointed. Called. Your curiosity. Your focus. Your joy. You are loved,” he wrote in the caption. “Daddy will always hold, guide, teach, provide, and believe in you. We love you Win. Mom, Dad, Future & SiSi will always love you & care for you. Happy Birthday baby boy. Win Harrison Wilson.” 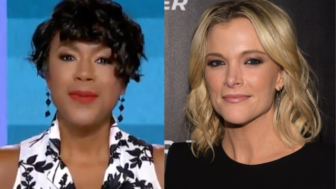 The family threw their birthday boy a “Rookie of the Year”-themed party, named after a professional sports award given to the best player in their first, or “rookie” season.

Ciara posted a video on Twitter of Win dressed up in a baseball uniform with the word “rookie” across the front, standing on a golf course in front of a blue-skied, mountainous backdrop while the song “Take Me Out to the Ball Game” played in the background.

Another post showed the family all wearing matching baseball uniforms enjoying themselves at the venue, which included lawn games such as large Connect Four, cornhole, bocce and more.

The artfully designed cake featured a miniature sculpture of Win holding a baseball and bat, and the family kept the theme going with cookies made to look like baseballs, gloves, and baseball diamonds.

Vanessa Bryant, widowed spouse of the late Kobe Bryant and family friend of the Wilson’s posted her own celebratory photo kissing Win on the cheek, writing “Happy birthday WIN!” in the caption. 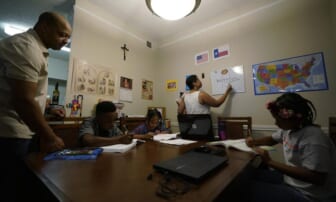 Also Read:
Sparked by pandemic fallout, homeschooling surges across US

Months after announcing their pregnancy via Instagram in January 2020, Ciara and Wilson welcomed Win into the world on July 23, 2020, weighing eight pounds, one ounce.

He became the third child in the household, joining Future, 7, and Sienna, 4. Wilson is the biological father of Sienna and Win, and the stepfather of Future, who is named after his biological father, rapper Future.

“Win” is an appropriate name for the child of Ciara and Wilson, who are both highly decorated in their respective professions. Ciara, 25, has won countless music awards over her career including a Grammy, two MTV Music Video Awards, seven Soul Train Music Awards, and many more. Wilson, 32, is not only a Super Bowl champion, but also the winningest quarterback in the history of the Seattle Seahawks.