Emmett Till’s birthday to be honored by two Mississippi museums

Emmett Till, the Chicago native who was brutally killed in Mississippi, would have turned 80 today

July 25 would have been Emmett Till’s 80th birthday. To commemorate his life, two museums in Mississippi, the state where he was murdered, will honor him. 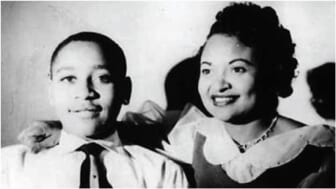 Both the Mississippi Civil Rights Museum and the Museum of Mississippi History, which are located side-by-side in Jackson, Mississippi, will give a 1 p.m. and 3 p.m. guided tour that will highlight Till’s life and legacy.

As stated in a Facebook event post, each museum will also be offering free admission from 11 a.m. to 5 p.m., Central time.

“As we embark on the birthday of our beloved Emmett Till, let’s reflect on how this young man created a movement of people who wanted more for themselves and their communities,” said Pamela D.C. Junior, director of both of the museums. “In honor of the day that he was born, July 25, 1941, the Two Mississippi Museums will offer free admission to our visitors to read and to learn more about the life of this fourteen-year-old who was taken from the world too soon.”

Till, a native of Chicago, Illinois, was sent by his mother, Mamie Till–Mobley, to visit with his extended family for the first time near Money, Mississippi in the summer of 1955.

In the early morning hours of Aug. 28, a group of white men entered the home of Till’s relatives where he was staying, abducted him, beat, killed, and dumped his body over a bridge into a river, because it was alleged that he made a romantic pass at a white woman, Carolyn Bryant, outside of a grocery store in town.

During Till’s funeral, Mamie elected to keep her son’s casket open to so that everyone could see his bloated, mutilated face and remains.

“Let the people see what they did to my boy,” Mamie said, according to Till’s biography, reported by NPR. Though photos of Till in his casket ran in Jet magazine and other Black publications, it would be thirty years later that most Americans would see the damage done to her son, as the image led the renowned Eyes on the Prize documentary as well as a half-hour documentary on Till that aired in 1985, per NPR.

However, according to United States Civil Rights Trail, both men were acquitted by a jury made of all white males. In 2008, Carolyn admitted that Till never made a pass at her. When her confession was published in a 2017 book, the previously closed case of Till’s murder was reopened by the United States Justice Department.

As reported by the Grio, the investigation continues although it is believed that Bryant and Milam were the perpetrators.

The department’s latest report on civil rights cold cases, released in June, lists three investigations dating back decades that were closed because witnesses or suspects have died, leads went nowhere or cases were too old to prosecute, but the Till case wasn’t among them.

Relatives of Till said they didn’t know of anyone in the family who’d received official notification that the review had ended, a key step in the department’s process.

“That’s all we know, that it’s still open,” family member Marvel Parker said earlier this month. Her husband, Wheeler Parker, was with Till the night he was taken from a family home at gunpoint. The youth’s brutalized body was later pulled from a river, where it had been weighted down with a cotton gin fan.

Initially closed in 2007, the case was reopened after a 2017 book quoted a key figure in the case, Carolyn Bryant Donham, as saying she lied when she claimed that the 14-year-old Till grabbed her, whistled and made sexual advances. Though Bryant and Milam were acquitted of murder, they later admitted to the killing in a magazine interview.

The men were never re-tried and have since died. Donham is in her 80s and still lives in Raleigh, North Carolina. Her family members have publicly denied that she recanted her allegations about Till.

Ollie Gordon, a cousin of Till, said relatives want the case to remain open as long as there’s any chance someone could be prosecuted.