As of Monday, the Atlanta Police sergeant is on unpaid suspension and a lower-ranked officer is on administrative leave, authorities said.

An Atlanta Police sergeant is on unpaid suspension after being caught on video kicking a woman in the head.

The unidentified woman was laying on her stomach in handcuffs after a domestic incident at an apartment complex in the city’s Peoplestown neighborhood.

In the captured clip, she appears to raise her head to say something to the sergeant, who then kicks her in the face.

The video was shared to an Instagram page called @atluncensored in a post alleging the woman spat on the unnamed police official’s boots and pants.

Comments under the post ranged from words of support for the police sergeant to condemnation of his actions and calls for him to be fired.

A second, lower-ranked officer was standing nearby; she was also placed on administrative leave Monday, the day authorities became aware of the incident, reports the Atlanta Journal-Constitution. 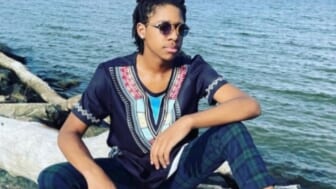 “Upon reviewing the video, the actions of the sergeant appear to be unacceptable, and we are also concerned with the apparent lack of reaction from another officer present during the incident,” Atlanta Police said in a statement.

The incident is under investigation by the department’s Office of Professional Standards. “Chief (Rodney) Bryant will monitor the progress of this expedited investigation,” they said, “and review the findings to determine the proper course of action.” 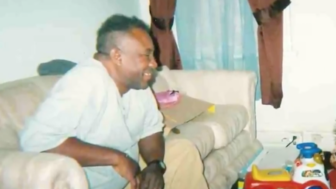 The APD Use of Force Policy states: “The Atlanta Police Department recognizes and respects the value of human life and the right of people to be secure in their persons and property.”

“Sworn employees, who in the performance of their duties, encounter situations where the use of force reasonably appears necessary to effect an arrest or detention, overcome resistance, control a subject, or protect themselves or others from injury or death will only use that force which is reasonable and necessary in order to accomplish lawful objectives.”

Reports indicate no charges ended up being filed against the handcuffed woman, who officers requested be taken to an area hospital for mental health evaluation.