EXCLUSIVE: Crump is filing the lawsuit on behalf of the National Council of Negro Women, alleging that Johnson & Johnson targeted sales of talcum powder products to Black women knowing concerns that it could cause ovarian cancer.

Johnson & Johnson is under scrutiny yet again. The pharmaceutical company is the target of a new lawsuit coming from the National Council of Negro Women.

Attorney Ben Crump and his team are filing the lawsuit on behalf of the national women’s group. The lawsuit alleges that since the 1990s Johnson & Johnson targeted sales of talcum powder products to Black women knowing the concerns that it could cause ovarian cancer.

This effort has an ally in the United States Senate. Senator Elizabeth Warren is set to propose legislation to prevent the company from filing that would limit their liability in this case. Sources close to the Massachusetts senator contend she wants to lessen further victimization of Black women. This is not Warren’s first time looking at ways to legally protect victims in corporate cases. The former presidential candidate has said she would like to see an America where billionaires are held accountable.

Attorney Ben Crump exclusively told theGrio early on Tuesday that Johnson & Johnson “targeted Black women with their marketing after white women stopped using it in the early 1990s after newspapers started writing about the link between talcum powder and ovarian cancer.” 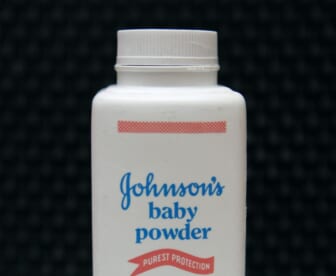 Janice Matthews, the executive director of The National Council of Negro Women in a press release said, “this company, through its words and images, told Black women that we were offensive in our natural state and needed to use their products to stay fresh.”

Matthews reiterates trust was crushed as “generations of Black women believed them and made it our daily practice to use their products in ways that put us at risk of cancer — and we taught our daughters to do the same. Shame on Johnson and Johnson.”

Benjamin Crump’s legal team is filing this lawsuit and other lawsuits in mass tort litigation in multiple states against the mega pharmaceutical company. However, there is a class action lawsuit Crump contends many Black women are not a part of.

During Tuesday’s press conference at the National Headquarters of the NCNW, Crump is expected to put faces to this story to “show the Black victims who have died because of this corporate greed.” 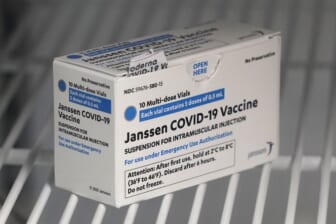 In recent months, Johnson & Johnson has taken a brand and credibility hit recently with questions about its vaccine being able to withstand the COVID-19 delta variant and if a booster shot is needed. Also, the FDA added new warnings on Johnson & Johnson vaccines related to rare autoimmune disorders.

A recent Johnson & Johnson vaccination pause due to confusion about the ingredients of the vaccine did not bode well with the American psyche in the attempts at vaccinating Americans.