Former officer Joseph Mensah has been accused of "homicide by negligent handling of a dangerous weapon."

A judge in Wisconsin has ruled that a police officer’s fatal shooting of Jay Anderson Jr. in 2016 deserves a second look. 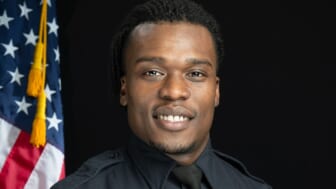 Anderson, 25, was asleep in his parked car in Milwaukee when former officer Joseph Mensah spotted the vehicle around 3 a.m. on June 23, 2016, while patrolling in his squad car, PEOPLE reports.

Mensah approached Anderson’s car and reportedly tapped on the window, believing the occupant was pretending to be asleep. Mensah, who is Black, allegedly said he and Anderson engaged in conversation before he spotted a handgun on the front passenger seat.

Mensah claims Anderson failed to respond to commands to keep his hands up, and instead he “suddenly lunged toward the gun with his right hand,” the report states.

Mensah, “fearing for his safety,” shot Anderson, who suffered five gunshot wounds to the head and one to the upper shoulder, per the coroner’s report. He died at the local hospital.

A video camera on Mensah’s squad car recorded the killing.

“I’ve watched that video at least 20 times and I was able to watch it in slow motion, forward, backward and frame by frame,” then Wauwatosa Police Chief Barry Weber said at a December 2016 news conference, reports WUWM. “The police officer had less than one second to make a decision.  A police officer who reasonably believes there is an imminent threat of death or great bodily harm is authorized by law to use deadly force.”

On Wednesday, Judge Glenn Yamahiro found probable cause to charge Mensah for the slaying, as reported by NPR. The decision comes years after prosecutors declined to charge the officer.

“Based upon the totality of the circumstances, the court does find probable cause that Officer Joseph Mensah operated a weapon, in a matter constituting criminal negligence, and in so doing, caused the death of Jay Anderson Jr.,” Judge Yamahiro said in court Wednesday, reports the Milwaukee Journal Sentinel.

“Therefore, the court finds probable cause that Officer Mensah committed the crime, homicide by negligent handling of a dangerous weapon,” he said.

The judge has ordered a special prosecutor to formally file the charge within 60 days.

Anderson’s mother, Linda Anderson, said: “It’s been a long five years and I feel like I can breathe now. You know, it’s hurtful that he took my son’s life and we will never see him again, Jalen will never see her father again. And it’s gonna hurt for the rest of our lives.”

After the judge’s ruling, Wauwatosa Police Chief James MacGillis said in a statement: “Respecting the District Attorney’s in-depth investigation and His Honor’s decision, the legal process will continue moving forward and I want to thank them for their legal review of this incident.”

He added: “I have never lost sight that a police officer accepts risks inherent with the responsibilities of the job. Nor have I ever lost sight that citizens and police officers are human beings, and all humans are impacted by rapidly unfolding, dynamic and tragic events. The law was written by people for the people and must always be objective, and as such, does not take human emotions into consideration.”

In 2020, Mensah resigned from the Wauwatosa Police Department after the Anderson killing put the spotlight on the previous two men he fatally shot, Alvin Cole and Antonio Gonzales.

Including the Anderson case, Mensah reportedly killed three people during a five-year span and was cleared of wrongdoing in each case, theGRIO reported. 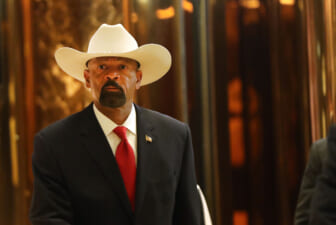 Also Read:
Ex-Milwaukee Sheriff David Clarke says Rittenhouse should have had a plan

The town council reportedly reached a separation agreement between its police union, the Wauwatosa Peace Officer’s Association, the city of Wauwatosa, and Mensah. The groups called for Mensah to be de-certified and fired immediately.

Police say he was physically assaulted and shot at during a protest last year.