Judge allows Jussie Smollett’s lawyer to stay on the case

A judge on Friday said he would not kick one of Jussie Smollett’s attorneys off the case even though he believes the attorney spoke to two men the actor allegedly hired to help him carry out a staged racist and homophobic attack.

In his ruling, Cook County Judge James Linn took the unusual step of prohibiting Smollett attorney Nenye Uche from questioning the two brothers, Abinbola and Olabinjo Osudairo, should the case go to trial, and that someone else on the actor’s legal team would have to do it should the need arise.

Special Prosecutor Dan Webb argued that the alleged conversations between Uche and the brothers in 2019, shortly after Smollett said he was a victim of a hate crime, created a conflict of interest. However, Linn found that it was in the court’s interest to allow Smollett to retain his chosen lawyer “when his liberty is at stake,” even if the judge found Webb’s concerns to be legitimate.

“The totality of the evidence shows clearly and convincingly that at different points, Mr. Uche talked to both brothers and their mother,” Linn wrote. 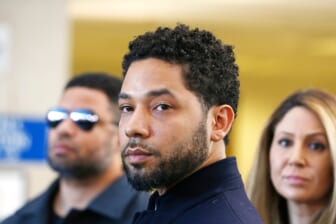 The ruling came two weeks after Linn held a hearing that the media and public were not allowed to attend. So it wasn’t immediately clear if Uche continued to deny that he spoke to the brothers. Uche didn’t immediately reply to a phone message seeking comment.

But the judge said there was convincing evidence that Uche had talked to the brothers and that the subject of those discussions included a $3,500 check. The judge didn’t elaborate, but at the center of the case against Smollett is the $3,500 he allegedly paid the brothers to carry out the January 2019 attack in which the Black, openly gay actor told police, two masked men beat him and looped a makeshift noose around his neck before running off. 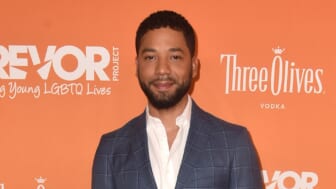 Smollett, who was starring in the television show Empire at the time of the incident, has been charged with felony counts of disorderly conduct for allegedly filing false police reports about what happened. He has denied the allegations and pleaded not guilty.

The next hearing in the case has been scheduled for Aug. 2.