Aaliyah may have been asleep, taken pill before deadly crash, book claims

One man said he saw Aaliyah refuse to board the plane after the singer-actress saw its size.

After Aaliyah tragically died in a plane crash two decades ago, information about the plane being overweight and the pilot having used drugs and alcohol quickly surfaced. The singer-actress was among the nine who died returning from filming a video for her song, “Rock the Boat,” on one of the Acabo Islands in the Bahamas.

The pilot had never flown a plane for the charter plane company, and a toxicology report found that he had cocaine and alcohol in his system at the time of the crash. He had pled no contest to a drug charge less than two weeks before the crash and been sentenced to probation, according to The New York Times.

The Times also reported that the airline the R&B star used to charter the one-hour flight back to Miami had once been charged with fraud, and the pilot was not certified to fly that type of aircraft.

Now, a new book, Baby Girl: Better Known As Aaliyah — due out eight days before the 20-year anniversary of her death — is making another shocking claim: Aaliyah had been knocked out by a pill she was given and carried onto the ill-fated flight.

Kathy Iandoli, its author, is a respected music journalist. As she was writing about the star, she said she could never stop wondering why Aaliyah would get on a small plane when she was a nervous flyer, especially when she was slated to leave the next day, according to The Daily Beast.

A man named Kingsley Russell, whose family ran a taxi and hospitality business on the Abaco Islands, made a claim in a since-deleted YouTube video and eventually spoke to Iandoli, helping her put the pieces together. He said that at 13 years old, he was tapped to help move bags and tagged along with the singer and her crew, as his mother was her driver. 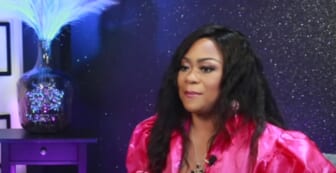 Russell said he saw Aaliyah refuse to board the plane after seeing its size. According to multiple reports, her team had also overloaded the plane with heavy equipment, which may have made her even more nervous.

Russell claims Aaliyah got back into the taxi, complained of a headache, then again expressed her reluctance to get into the plane. That’s when a member of her team gave her a pill, he said, and she fell into “a deep sleep,” The Daily Beast reports. 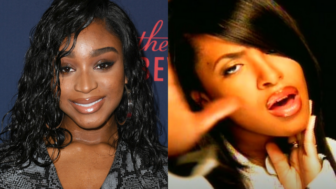 “They took her out of the van; she didn’t even know she was getting boarded on a plane,” Russell said in an excerpt from Baby Girl. “She went on the airplane asleep.”

“The only thing I’ve taken with me is that after 20 years, I can finally say that Aaliyah didn’t want to get on the plane,” Iandoli told The Daily Beast. “That makes me feel a little better, but not much. This didn’t have to happen. She should still be here, and I think that’s the saddest part about it.”

Baby Girl: Better Known as Aaliyah, on Atria Books, is set for release on Aug. 17.