Detroit police say Tikiya Allen, an 18-year-old nursing student, was shot and killed while on her bicycle outside of a friend’s duplex in the area of Pingree and Linwood Wednesday evening. Investigators have now turned to the public for help with apprehending the gunman, Fox 2 Detroit reported.

“It appears — all indications — that she was caught in the crossfire of someone who made a horrible decision to use a weapon to resolve whatever dispute that they were having,”  said Interim Detroit Police Chief James White, noting that Allen “was not the intended target.” 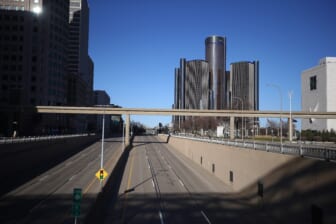 According to police, Allen — a student at Oakland University — was struck by gunfire when a red Taurus opened fire on a group of people who were hanging out, Fox 2 Detroit reported. A 20-year-old man was also hit by bullets and is expected to survive. He was injured while sitting in a vehicle and is reportedly listed in serious condition. It’s not clear if he was an intended target or an innocent victim.

“You just don’t shoot nobody innocent. You took somebody life and loved one. It wasn’t meant for her,” said Kai Cooks, Allen’s mother. “I want the killer off the street that did this.”

Chief White has asked anyone with information about the shooting to come forward.

“It’s absolutely unacceptable,” he said of the teen’s killing.

Allen’s family has set up a GoFundMe account to raise money for burial costs. A statement on the campaign reads:

Tikiya Allen was a young, beautiful, vibrant 18 year old Oakland University nursing student. She was always smiling and full of life. Unfortunately, on Wednesday afternoon she was shot and killed riding a bicycle enjoying a day with friends. Tikiya was an innocent bystander and her life was taken away before she was able to experience it. This tragic day has caused tremendous grief on her loved ones.

They say it takes a village to raise a child but when you lose one it can take the whole world to help you get through it. A parent can take on the world for their kids but should never have to be in the world without them. No parent should ever have to lay their child to rest.

Any and all support is welcomed to help her family get through this very unexpected time. This fundraiser will help alleviate any financial burdens experienced from being on leave from work.

One person commented on the fundraiser, “I’m so very sorry for your loss. To lose a child is one of the absolute worst and most hurtful, painful thing. Praying for healing and for justice for your family.”

Another wrote, “May your grief be eased and her memory be a blessing.” 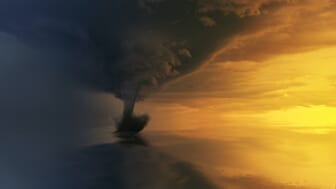 Cooks said her daughter wanted to become an anesthesiologist.

Detroit police are looking for three or four suspects, according to the report. They released surveillance video of the Ford Taurus that fled the scene after the shooting. The distinct vehicle is linked to Allen’s killing, with police noting its custom paint job and unique rims.

“That type of vehicle does not come with that paint on it so the car was painted a bright red,” Chief White said. “It had very unique rims on it and we’re asking the community for their support in identifying this vehicle.”