The Bordelons are returning for a new season starting on Sept. 7 on OWN

The Bordelon family is heading back to OWN and sooner than most fans likely expected. The network announced on Tuesday that Queen Sugar’s sixth season will begin on Tuesday, Sept. 7 at 8 p.m.

After the coronavirus impacted last season, shutting down production in Louisiana last March, show creator Ava DuVernay pivoted to include both the pandemic and last year’s racial protest into season five. 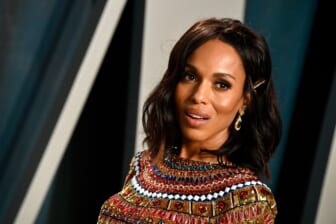 While it sometimes made for an uneven storyline as most of the world was still trying to contend with the impact of those crises themselves, Queen Sugar was renewed for a sixth season before the fifth was completed.

When we left them, Charley Bordelon (Dawn Lyen Gardner), Nova Bordelon (Rutina Wesley), and Ralph Angel Bordelon (Kofi Siriboe) were all dealing with their own personal issues as well as those related to the life-changing events around them, ultimately ending the season five with some surprising developments and some welcome news.

This year promises to take the family through even more challenges at least if the trailer is any indication. Nova’s got a new boo it appears, while Charley’s navigating the rekindling of an old love. Ralph Angel and his wife, Darla (Bianca Lawson) are expecting a new baby but as we see, Ralph may be pulled back into some old habits as his finances become increasingly precarious.

Prosper Denton (Henry G. Sanders) has a long-lost daughter, Billie, (Tammy Thompson) who reappears, exposing some secrets from the past. Micah (Nicholas L. Ashe) is having some unexpected feelings for his fraternity brother and Aunt Vi (Tina Lifford) and her husband Hollywood (Omar Dorsey) are forced to hold down the family once again.

Looks to be a promising sixth season for Queen Sugar, which returns on Tuesday, Sep. 7 at 8 p.m. If you want to catch up with past seasons, you can do so on Hulu. Check out the trailer below.