The Securities and Exchange Commission on Friday approved Nasdaq’s groundbreaking proposal to boost the number of women, racial minorities and LGBTQ people on U.S. corporate boards.

The new policy — the first of its kind for a U.S. securities exchange — requires most of the nearly 3,000 companies listed on Nasdaq to have at least one woman on their board of directors, along with one person from a racial minority or who identifies as gay, lesbian, bisexual, transgender or queer. It also requires companies to publicly disclose statistics on the demographic composition of their boards.

“These rules will allow investors to gain a better understanding of Nasdaq-listed companies’ approach to board diversity, while ensuring that those companies have the flexibility to make decisions that best serve their shareholders,” SEC Chair Gary Gensler said in a statement accompanying the decision.

Nasdaq-listed companies with five or fewer board members, however, will only be required have one diverse member. The stock exchange loosened the requirement for smaller boards after considering feedback from investors, asset managers, lawmakers and advocacy groups about whether its proposal went too far, or didn’t go far enough. 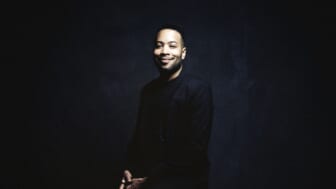 Also Read:
The Blackstage podcast is investing in Black-led organizations

Companies that don’t meet the diversity criteria will not be delisted but must publicly explain why they could not comply.

Nasdaq’s deadline for companies to include diverse directors differs depending on how the companies are listed on the exchange, but all corporations must have at least one board member within a year.

“We are pleased that the SEC has approved Nasdaq’s proposal to enhance board diversity disclosures and encourage the creation of more diverse boards through a market-led solution,” Nasdaq said. The exchange is partnering with Equilar, an organization that advocates for more diverse boards, to help companies recruit board candidates.

U.S. companies have accelerated efforts to appoint more women and racial minorities to their boards, responding to pressure from investors and elected officials. Nasdaq’s requirement carries significant weight because of its ability to set rules for its listed companies.

While the number of women directors has increased significantly in recent years, studies suggest that companies were slower to bring more racial minorities to boards until the May 2020 police killing of George Floyd set off nationwide protests and a national reckoning on racism.

An overwhelming 82.5% of directors among Fortune 500 company boards were white as of June 2020, according to a study from the Alliance of Board Diversity and the consulting firm Deloitte. The number of racial minorities on Fortune 500 boards rose just 1% between 2018 and June 2020. However, the number of women rose 4 percentage points over two years to 26.5%. 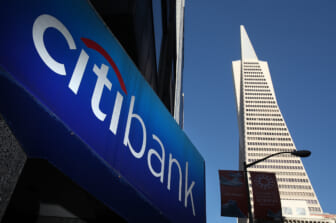 Also Read:
Citi announced that it will be investing in 3 Black-owned businesses

More recently, there has been a surge of appointments of Black board directors. Between July 2020 and May 2021, some 32% of newly appointed board members in the S&P 500 were Black, up from 11% the previous year, according to an analysis by ISS Corporate Solutions.

According to an Equilar study, 18% of board members across Russell 1000 companies are racial minorities.

Some conservative groups and Republican lawmakers strenuously opposed the proposal, arguing the requirements were arbitrary and burdensome. Republicans on the Senate Banking Committee wrote a letter urging the SEC to reject the plan, saying “America’s corporate boardrooms are not the place for social engineering.”

But Lorraine Hariton, CEO of the women’s workplace advocacy group Catalyst, said Nasdaq’s plan was a reasonable response to a desire from the consumers, investors and many company leaders for greater transparency on corporate diversity.