"I believed I was going to die the day I was shot," the victim said in a statement.

A white military veteran who shot and wounded a 15-year-old Black girl at a Trump rally near the Iowa Capitol last year has been sentenced to up to 10 years in prison. 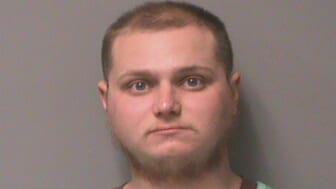 As theGRIO reported earlier, Michael McKinney, 26, was charged with attempted murder in the Dec. 6 shooting in Des Moines. Heavily armed and wearing body armor, he told police he fired the shot in self-defense.

A resident of tiny St. Charles, Iowa, McKinney posted on Facebook in support of the far-right Proud Boys and against Black Lives Matter.

In a news release detailing McKinney’s arrest, the state police described an afternoon shooting at a parking lot and didn’t mention the Trump car rally or the race of those involved.

But a review by The Associated Press shows the shooting was sparked by a belligerent political clash between a large group of white Trump supporters and four unarmed Black girls, all aged 16 and under.

The girls’ car ended up surrounded by Trump supporters who were yelling and honking horns before the driver went in reverse and struck a pickup. It’s unclear whether the collision was accidental. McKinney told police he fired at that point to protect himself.

The bullet hit the leg of a girl who had been arguing with members of the crowd through the vehicle’s sunroof. The car sped off to take her to a hospital.

McKinney was arrested at the scene and pleaded guilty in June to two felony charges of intimidation with a dangerous weapon, and willful injury. The judge considered his lack of criminal history and honorable discharge from the military and ordered two sentences to be served concurrently — for a total maximum of 10 years in prison.

“I believed I was going to die the day I was shot. I didn’t know if I would be able to walk again,” the victim wrote in a statement that was read in court. “I’m a 16-year-old young lady and would love to love myself, but it’s hard when I look at my scars and remember the events of Dec. 6, 2020.”

McKinney apologized to the girl and called his overreaction that fateful day “poor judgment.”

“For those trying to argue this was deserved, what they do not realize is that bullet could have ricocheted and killed somebody — not just the victim and those in the car but anyone around,” said Judge Scott Beattie on Monday, noting that the crime is “A day that forever changes the life of the young victim in this case.”

Danielle Gross, the teen driver’s mother, said her daughter was so traumatized by the shooting that injured her cousin that she didn’t leave the house for a week afterward. She said the girls made an ill-advised decision to confront rallygoers and that the situation escalated quickly. 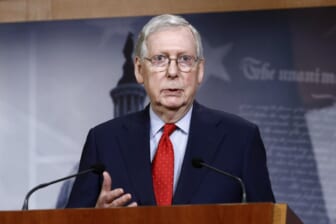 “They were saying some racist slurs and the girls argued with them and it went from there,” Gross said, who feared for her family’s safety after the incident.