Eric Brown, the Michigan realtor handcuffed by police while showing a house, has hired Benjamin Crump.

The Black realtor who was handcuffed by police in Michigan earlier this month has retained the legal services of civil rights attorney Benjamin Crump.

On Sunday, Aug. 1, Eric Brown was showing a home in Wyoming, Michigan to Roy Thorne and his 15-year-old son, Samuel, when the house was suddenly surrounded by police officers after a neighbor falsely claimed a Black man, who allegedly broke into the home, had returned.

As previously reported, Brown and the Thornes had guns pulled on them and were handcuffed, even after telling officers that they were touring the home in consideration of purchase.

“They keep their guns drawn on us until all of us were in cuffs,” Thorne told Wood TV. “So, that was a little traumatizing, I guess, because under the current climate of things, you just don’t know what’s going to happen.”

Brown said that the trio was only released after he showed officers his real estate license.

“That officer came back and apologized again, but at the same time, the damage is done,” Thorne said. “My son was a little disturbed, he hasn’t seen anything like that … he’s not going to forget this.”

A captain of the Wyoming Police Department said his officers were following protocol.

“Officers were aware that a previous burglary had occurred at this same address on July 24 and that a suspect was arrested and charged for unlawful entry during that incident,” Timothy Pols said in a statement. “The caller indicated that the previously arrested suspect had returned and again entered the house.” 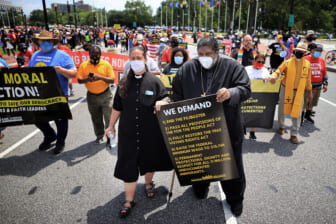 Also Read:
Poverty is a policy choice. Which side are you on?

Still, the realtor and his client said they believed officers may have had a different reaction if they were white.

Crump, the high-profile civil rights lawyer, appears to agree. On his Twitter page last week, he wrote, “This traumatic experience will leave a lasting impression on these men! When will we be able to live w/out being profiled & stopped due to our skin?”

He later added, “Police could have prematurely ended their lives AND Thorne’s 15yo son’s life too! This unnecessary & harmful police reporting MUST STOP!” 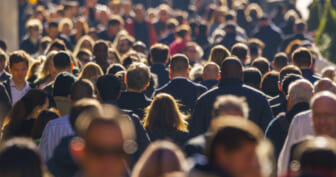 Crump and Associates have represented the families of several African Americans who have been killed or wrongfully detained by police or white people acting in a law enforcement capacity, including the family of Ahmaud Arbery, the 25-year-old shot and killed by Gregory and Travis McMichael.

Gregory McMichael is a former police officer and former investigator with the Glynn County District Attorney’s office. He, his son, and a third man, William “Roddie” Bryan, claimed they were performing a citizen’s arrest of Arbery, who was jogging down their street, when they chased him in their pickup truck and shot him three times at close range last February in Brunswick, Georgia. Their trial for malice murder begins in October.