A storm system that stalled for days over West Texas led to what a National Weather Service meteorologist on Saturday called an “unprecedented” amount of rain in the predominantly dry El Paso area, leaving a woman dead.

“We’ve had reports of 6 inches (of rain) in the past two days, which for us, our average rainfall for a year in El Paso is about 8.5 inches,” meteorologist Jason Grzywacz said. “Everything started Thursday … we’ve just been sitting in the same persistent weather pattern since then.” 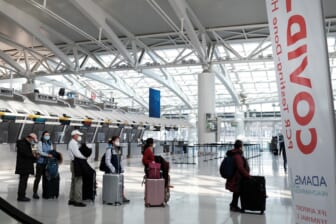 “For us it’s an unprecedented type of rainfall to get, this much rain in two days … with more to come,” according to Grzywacz.

Mandatory evacuations were issued Saturday morning in neighboring La Union, New Mexico, and residents were told that they’ll be out of their homes for 48 hours, Grzywacz said.

Several roads in the region are also closed due to flooding as was U.S. 70 in southern New Mexico east of Las Cruces, the New Mexico Department of Transportation said.

Flooding in New Mexico was reported in southwestern Chaves County and near Mayhill in eastern Otero County, according to the National Weather Service.

In south-central Arizona, monsoon rain closed parts of a Phoenix freeway and caused flooding in the rural community of Gila Bend, where two people have died, authorities said.

Grzywacz said the heavy rainfall was expected to continue through Sunday, with additional but less intense rain stretching into early next week.

A 65-year-old woman was killed and her 2-year-old granddaughter was hurt when a flash flood caused a wall of their home to collapse onto them, according to El Paso Police Sgt. Enrique Carillo.

City officials, including police, fire and emergency management authorities, did not immediately return phone calls for comment on Saturday.