Cameron died from a “gunshot wound of the head,” according to the Harris County Institute of Forensic Sciences. His body was found in a Houston parking garage. 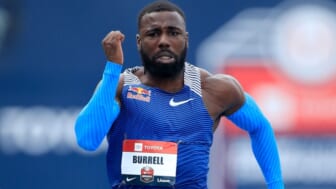 “We may never know why Cameron made such a decision. We encourage anyone who may be struggling in their lives to reach out for help. You are not alone, and you are surrounded by more people who love and care for you than you may think in a dark moment,” Leroy Burrell, Cameron Burrell’s father said Friday in a statement. Leroy Burrell is a former Olympic gold medal sprinter who coaches Houston’s track team.

A visitation for Cameron Burrell will be held on Sunday and his funeral service was set for Monday.

Cameron Burrell won the national title in the 100 meters in 2018 in Eugene, Oregon. He won a second national title with his team that season by running the anchor leg of the 4×100-meter relay. 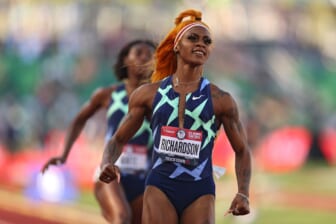