A patient has tested positive for Ebola in Abidjan, a city of more than 4 million people, marking the first case of the disease in Ivory Coast in more than a quarter century, the World Health Organization said.

Health officials said it was not immediately known whether the case was linked to an outbreak earlier this year in neighboring Guinea, which had been declared over in mid-June.

The 18-year-old Guinean woman now undergoing treatment in Abidjan had arrived Thursday by bus, raising fears that others may have become infected during her journey. 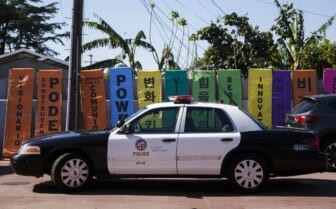 It was not immediately known whether anyone else had fallen ill with Ebola in Guinea.

Ebola is transmitted by coming into contact with the bodily fluids of an infected person or contaminated materials. However, the early symptoms of fever and muscle aches resembles other common diseases like malaria.

“Further investigation and genomic sequencing will identify the strain and determine if there is a connection between the two outbreaks,” WHO said Saturday.

The area where the young woman began her journey in north-central Guinea is over 760 kilometers (472 miles) from Gouecke, where this year’s earlier Ebola outbreak took place.

The new case also marks the first time since the 2014-2016 Ebola epidemic that an outbreak has erupted in a city as large as Abidjan.

“It is of immense concern that this outbreak has been declared in Abidjan, a metropolis of more than 4 million people,” said Dr. Matshidiso Moeti, WHO’s regional director for Africa. “However, much of the world’s expertise in tackling Ebola is here on the continent and Ivory Coast can tap into this experience.” 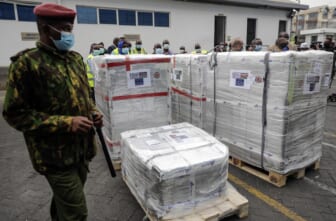 Also Read:
Amid shortages, Africans scramble to be fully immunized

The 2014-2016 epidemic, which began in rural Guinea, eventually spread to the capitals of Guinea, Sierra Leone and Liberia. More than 11,325 people died in what became the largest Ebola outbreak in history.

In the years since, two vaccines and new treatments have been developed to treat the hemorrhagic fever that once killed more than half its victims. Those tools helped to end outbreaks in Congo and another in Guinea this year.

However, researchers have said there’s evidence the Ebola virus can lurk in the body long after symptoms end. Researchers say the 2021 outbreak that killed a dozen people may have been sparked by a survivor of the 2014-2016 epidemic.

Scientists have previously documented Ebola survivors who inadvertently infected others long after they had recovered, but such rare cases have not prompted outbreaks. In 2018, doctors published a study about a Liberian woman who probably caught Ebola in 2014 but then infected three relatives about a year later.

Health officials have also warned that men can sometimes infect others long after they seem to have recovered — the virus can persist in semen for more than a year.

Guinea is also trying to contain a rare outbreak of Marburg virus, another hemorrhagic fever disease that belongs to the same family as Ebola. At least one person has died from the disease in southeastern Guinea.