"This lived up completely to my expectations," Ali Walsh said after the bout. "This is something I only dreamed of."

Nico Ali Walsh, the grandson of legendary boxer Muhammad Ali, wore a pair of his grandfather’s boxing shorts for his professional boxing debut on Saturday night.

The middleweight bested Jordan Weeks with a first-round TKO in their fight at the Hard Rock Hotel & Casino Tulsa in Catoosa, Oklahoma.

The 21-year-old is the son of author Rasheda Ali, who is Muhammad Ali’s daughter, and chef Bob Walsh.

“This lived up completely to my expectations,” Ali Walsh said after Saturday’s victory. “This is something I only dreamed of. It’s been an emotional journey this whole ride, these last couple months.”

He added, “Obviously, my grandfather, I’ve been thinking about him so much. I miss him, and it’s just an emotional journey.”

Bob Arum, the founder of Top Rank Boxing and early Muhammad Ali supporter, celebrated Ali Walsh’s accomplishments on Twitter, writing, “What a magical night for this young man. His grandfather would have been so proud of the way he’s honoring him in his own way. We at Top Rank are looking forward to leading him on his professional journey.”

Muhammad Ali died in June 2016 after a lengthy battle with Parkinson’s disease.

The young boxer’s mother, motivational speaker Rasheda Ali, wrote I’ll Hold Your Hand So You Won’t Fall: A Child’s Guide to Parkinson’s Disease, a book inspired by her children and her father.

His aunt, Laila Ali, has been heralded as the most successful female boxer in the history of women’s boxing. The mother of two is also a fitness and wellness advocate, TV host, home chef and founder of the Laila Ali lifestyle brand.

In a moving weekend post on Instagram, Ali Walsh wrote, “Alhamdulillah for the victory! I’m blessed and honored to say that I continued history tonight. Thank you from the bottom of my heart to everyone that supported me!” 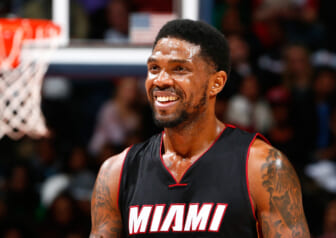 He noted, “I brought my grandfather in the ring with me by wearing his shorts for the first and final time as a professional fighter. I’m more than proud to say: The Legacy Continues…”

In an interview earlier this week with The New York Times, Ali Walsh said he has never been able to “escape” his grandfather and his lasting legacy.

“I’m starting to embrace it,” he maintained. “It’s very hard to do, but you have to embrace the legacy, no matter what it is. Everybody becomes stronger when they embrace what they’re destined to do.”