Crises in Afghanistan and Haiti turns White House upside down

EXCLUSIVE: The United States struggles to grapple with its role in both nations, giving Americans and our international partners pause.

Afghanistan and Haiti have turned the White House upside down as efforts to address the colliding crises have been described as a “shit show” by sources on staff in the West Wing. Among veterans, the two disasters are “upsetting” to see their lives’ work evaporate within a matter of days.

President Joe Biden addressed the nation on Monday to explain his position on ending the United States’ involvement in Afghanistan. He explained the conflict he inherited from then-President George W. Bush, and the deal between the Trump administration and the Taliban which was passed down to the new administration. President Biden also acknowledged the challenge the United States military forces faced as their mission shifted to nation-building.

U.S. troop withdrawal from Afghanistan is something the president is standing by. However, the White House is working on how to “fix” the unexpected issue of the Taliban’s expedient efforts to take complete control of the government.

Following President Biden’s speech on his decision to pull troops out of Afghanistan, theGrio exclusively spoke to Black veterans who served in Afghanistan, Vietnam and Kuwait to get their perspective on the 20-year conflict that the president is bringing to a close.

“In 20 years of war, there’s no shortage of people, I think, that can share the blame. I will say that where I personally stand as someone who served in the war, I feel angry at President George Bush,” said Kyle Bibby, a Marines Corp. veteran and national campaigns manager for Common Defense. 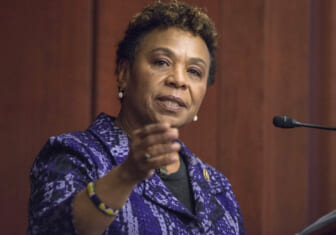 Also Read:
As we debate Afghanistan, let us remember the courage of Congresswoman Barbara Lee

“I think that the defining moment that lost the war in Afghanistan wasn’t just when they decided to undertake nation-building,” he added. “It was when they arrogantly chose to also go into Iraq while we still already had a war going on.”

Vietnam Veteran Frank Thompson places politics at the center of the war in Afghanistan and his battles in Vietnam. During his service years, Thompson, like all active-duty members of the military, could not voice his opinion on the war they were sent to fight. But now, he is speaking out about the issues he’s painfully rewatching as people flee from Afghanistan.

“It was a war based on politics as opposed to war fought by generals,” Thompson said as he compared Vietnam and Afghanistan. “I can’t help but get that there was some of that with the nation-building aspect as we talk about. That was a war driven by the diplomats.”

On a surface level, both the Afghan and Haitian foreign affairs fiascos pose a challenge to the claim that “America is back” as a world power, but when deeper thought is applied it highlights a growing theme of global instability centered on peaceful transitions of power.

“We tend sometimes to underestimate the importance of the peaceful transfer of power,” said Philip “PJ” Crowley, former United States Assistant Secretary of State for Public Affairs. “Up until this year, we took that for granted in our country and now we no longer can hear. But the peaceful transfer of power when it happens, even in countries that are weak, can create some powerful momentum.”

During the 1700s, the Haitian Revolution inspired a philosophical renaissance in Europe and across the thirteen colonies in the new world. Since then, the political dynamics have shifted in such a way that the United States — former English colonies — now set the tone for world political thought and practice. But the insurrection of Jan. 6, 2021, challenged the U.S. gold standard for transitions of power. 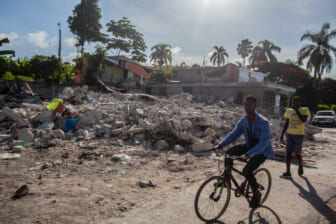 Also Read:
How not to repeat the mistakes of Haiti’s 2010 earthquake and where to donate

From the moment President Biden was declared the winner of the 2020 presidential election, the United States has struggled to practice its centuries-long tradition of a peaceful transition of power. It’s hard to claim to be a world leader on fair and free elections and a governing body that upholds the rights and liberties of its citizens when in recent history juxtaposed with insurrectionists, a former president still claims to be in charge and held up the official administration transition.

The United States’ elections system gave credence to the notion that we have a say in other countries like Afghanistan and Haiti’s political affairs. But under our watch, a president was assassinated in his home in Haiti and the Taliban reclaimed territories we departed from in Afghanistan. It makes our international partners pause and Americans question what is our role to play in the world.

Crowley told theGrio our role is the same as it always was and our ability to play our position remains unchanged. However, his explanation requires the United States to be viewed with a humble eye.

“We can certainly provide assistance and we have done so, you know, in places like Haiti, in places like Afghanistan and, you know, from every corner of the world where a country has been wracked by conflict or beset by disaster, we do have a capacity to help. But at the end of the day, you know, if a country is going to succeed or fail, it’s going to be based on the capability and the political will of that particular country, supported by the international community and supported by the United States.”

The United States Agency for International Development will be leading efforts in Haiti, according to sources at the White House. This will include immediate aid on the ground, housing, rescue, food, clothing and medical supplies.