Tyrese is opening up about insecurities he’s dealt with as it relates to his complexion.

The Baby Boy star recently took to social media to let fans in. He captioned the video, “I used to be so ashamed of my dark skin when I was younger,” he admitted. “Now I’m clear this is Kings and Queens skin!”

This isn’t the first time the actor has spoken about his own experiences with colorism and the lasting impact it had. In his TV One UNCENSORED special last year, Tyrese revealed that he did not grow up feeling attractive because of his chocolate skin. 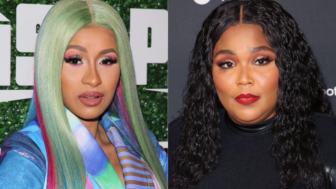 He says he was both overlooked and teased for his skin color.

“I caught every joke in the dark skin community ever. I was black, burnt, tarp. I was all teeth and eyes. I was blurple — black and purple and I just never felt attractive, ever,” he recalled.

Ironically, he’d become one of the biggest sex symbols in R&B music. He says the attention he received via fame has helped him cope and gain more confidence along the way.

“And after I had that moment, it did more for my confidence than you could ever imagine because it was a high that I would hope to experience for the rest of my life,” he said. 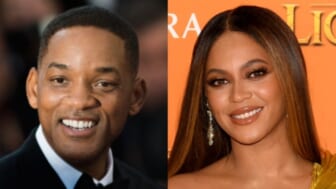 Despite coming to grips with his own insecurities related to colorism, many have accused the singer of being a colorist. Both of his ex-wives are of lighter skin complexions. In 2017, he posted a since-deleted photo to his social media with his estranged wife Samantha Lee, referring to her as his “Black Queen.”

But folks, particularly Black women, didn’t feel Lee held up to the true standard of the title. They accused Tyrese of perpetuating the stereotype of ignoring darker-skinned women and only dating women who fit a more European or exotic aesthetic visually.

But Tyrese defended his decision to give Lee the royal title. Sources told TMZ at the time that Lee is of Ecuadorian, Jamaican, and African-American descent. Black women still weren’t having it and upon doing their own research discovered that Lee participated in the Mr. and Mrs. Latin UGA pageant in 2011. It was also alleged Lee is actually Latina and white.