EXCLUSIVE: Following the bomb threat by Floyd Ray Roseberry, who is now in custody, the nation's capital is on high alert

Copycat behavior of attempts to launch domestic attacks in Washington is a real concern which is placing the nation’s capital on high alert after a bomb threat on Thursday.

Floyd Ray Roseberry posted up in his pickup truck outside the Library of Congress after driving from North Carolina to Washington. As he made threats to set off an explosion, he made claims there were other individuals in position to come and with four more bombs if he was killed.

The man ultimately surrendered to authorities, but in the multi-hour negotiation process before his surrender, he made clear threats to national security are just as formidable within the country as they are from external actors.

Roseberry’s reason for this unwarranted threat was that he was upset with President Joe Biden. Reports also indicate he voted for former president Donald Trump. 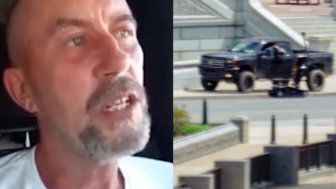 Also Read:
Man surrenders after claiming to have bomb near Capitol

Republican Congressman of Alabama, Mo Brooks, condemned the threat and called it an act of “citizenry anger directed at dictatorial Socialism.” Brooks on Jan. 6 voted to overturn the election results making Biden the 46th president of the United States. Brooks also acknowledged attacks on America’s political institutions are becoming “far too common” in a statement tweeted on Thursday.

In that same tweet, he called for patriotic Americans to fight back.

There is hypersensitivity in the United States, particularly the nation’s capital, with threats in the wake of the Jan. 6 insurrection, and now the current crises in Afghanistan after Biden’s decision to withdraw troops from the region after 20 years, and the fast-approaching 20th anniversary of the 9/11 attacks on the World Trade Center in New York City.

The focus of these threats and attacks are primarily around iconic and or historic buildings. Washington is filled with notable and historic federal buildings with officials, lawmakers, judges and more who literally can change the world. With that said, it creates an attraction of sorts, being “a magnet for the crazies,” according to numerous anonymous law enforcement personnel.

The National Threat Assessment Center-Attacks on Federal Government 2001-2013 explored the role of mental illness on these types of dangerous threats. The report found that “the most prevalent mental health symptom was paranoia.”

A high-ranking federal law enforcement official who spoke to theGrio on the condition of anonymity said it is not out of the norm for several persons who are mentally or emotionally unstable to come to these buildings daily. However, Thursday’s incident moved to a level that is out of the norm even in the wake of the deadly Capitol Hill insurrection.

U.S. Congressman House Democratic Caucus Chair Hakeem Jeffries said exclusively to theGrio, “this doesn’t surprise me given that the cult continues to perpetuate the Big Lie,” referring to followers of Trump who continue to believe the former president’s lie that the 2020 election was stolen from him. 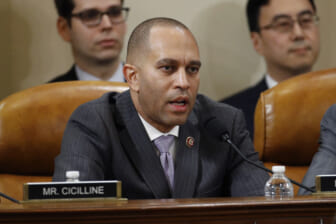 Also Read:
Rep. Hakeem Jeffries was prepared to fight back at Capitol: ‘If it’s on, it’s on’

Anything akin to Thursday’s bomb threat recalls the trauma of terrorism that has struck the nation, particularly Washington. There is cause for concern according to Indiana Congressman Andre Carson who spoke to theGrio exclusively. He explained, “I’m always concerned given that I had received a threat by the person who was apprehended during that insurrection on January 6.”

The emotional trauma is real. The National Threat Assessment Report also found, “although the offenders directed their attacks toward federal sites and officials, at times, the indiscriminate nature of their violence affected individuals who happened to be conducting business at government sites, attending government functions, or working in buildings shared with government personnel.”