Grambling State University’s (GSU) marching band has added a woman to its drum major ranks for the first time in generations.

Candace Hawthorne, a senior double majoring in engineering technology and music, will be the first woman to help lead the World Famed Tiger Marching band since Velma Patricia Patterson in 1952 when she takes the field this fall semester, according to HBCU Gameday.

She will be joined by fellow senior Deante Gibson and Sheavion Jones, a junior, in commanding the band. Gibson is a marketing/management major, while Jones is studying marketing at the historically Black university (HBCU) in Grambling, Louisiana.

Hawthorne said her addition as a drum major is “mind-blowing.”

“I never would have expected for me to make history like this. I am so honored,” she said, as reported by the outlet. 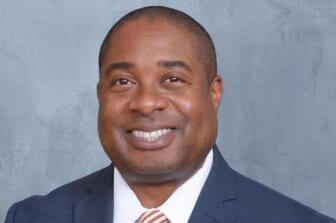 Jones said he will take on the role as head drum major.

“As head drum, I know I have a lot of eyes on me,” Jones said in HBCU Gameday. “And those eyes are pushing me to encourage my fellow bandsmen to push themselves to the greatest potential, give 110% and give the people what they like—a show-stopping performance.”

“Congratulations Candace Hawthorne on being the first female Drum Major of the World Famed in 70 years,” Twitter user @GramFanatics said.

“World Famed has a female drum major after 70 years!!! Let’s goooo!!! I love to see that BlackGirlMagic!!!” @_ogdalyiabee said in a tweet.

Fans are excited to see a Black woman on such a big stage, but there are those who feel that GSU should be taken to task for the seven-decade gap between female drum majors.

“I love this but how tf has it been 70 years and this is the 2nd Female Drum major? Do better Gram,” a Twitter user with the handle @DJRayne_ said. “I’m sure there have been women who auditioned for this role that could’ve filled it.”

Hawthorne will get her first experience with The World Famed Tiger Marching band on Sept. 5. GSU will travel to Canton, Ohio, to battle Tennessee State University in the Black College Football Hall of Fame Game at 3 p.m., according to the school’s official webpage. 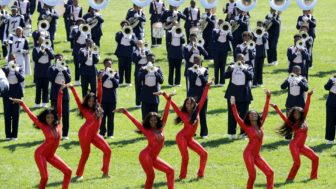 Also Read:
The beat of a culture: how HBCU bands relate to Black music legacy

Dr. Nikole Roebuck, GSU’s Director of Bands, is anticipating the band’s return to the field after the 2020 football season was canceled due to the COVID-19 pandemic.

“Last year was very different not being able to have a season so it feels good to be back,” she said, as reported by HBCU Gameday. “We have a new set of drum majors this season who are very eager to show what they are made of.”

The Black College Football Hall of Fame will be honoring both the classes of 2020 and 2021 this year, which includes GSU alum James “Hound Dog” Hunter.