The body of Emrie Schandorf-Woode was discovered in a pond where she enjoyed feeding fish with her parents.

The body of a 4-year-old girl who went missing from her Maineville, Ohio neighborhood has been discovered in a pond not far from her home.

Emrie Schandorf-Woode went missing on Sunday, and a Ring camera recorded her walking shoeless down her driveway just before noon. Her body was found after an all-day, community-wide search in nearly 100-degree heat.

“Unfortunately we have located the body of 4-year old Emrie in a nearby pond,” Hamilton Township Police tweeted. “Please keep her family in your thoughts and prayers as they deal with this heartbreaking tragedy. Thank you to everyone in our community who came out and assisted in the search.”

One user replied, “Emrie was in my son’s daycare. There was not a single day when she did not come up to me and say hi. No other kid used to do that. She was just the sweetest child you can ever imagine. And to have her taken away like this (Broken heart emoji) I cannot imagine what the family must be going through.”

“Our worst fears came true,” Hamilton Township Police Chief Scott Hughes said Sunday night during a news conference, according to WCPO Channel 9. “Just before 8, the dive team and the folks in the boats were scanning around the outside of the pond near where the rocks were, and unfortunately, they found Emrie’s body there in the pond.”

The report notes that Hughes was fighting back tears as delivered the sad news.

“This, this sucks, right? This just sucks,” he said. “I mean, she was, she was four years old. There’s nothing really you can say.” 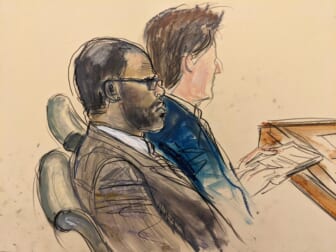 Also Read:
R. Kelly accuser testifies that he sexually abused her at 17

Police noted young Emrie liked to go to the pond with her parents to feed the fish. They suspect that may have been her intention when she possibly fell in.

An official cause of death hasn’t been released by the Hamilton Township coroner’s office, but Hughes said there is no indication of foul play.

He also saluted the neighborhood, which came out en masse to search for the young girl. “This community just came together,” he said. “We’ve gotta keep the family in our thoughts and prayers.” 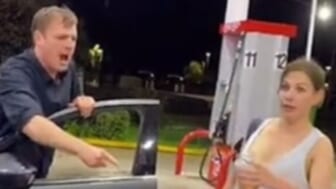 Kaitlin Neumann, one neighbor who took part in the search, said, “We’ve looked, we went through the woods, we looked everywhere we could. Like, anywhere you walked you were running into people, everyone was driving.”

Emrie’s school, Little Miami Schools, shared the announcement of her death on Twitter, writing, “It is with the deepest sadness that we share the tragic news of the death of one of our young Panthers, Emrie Schandorf-Woode. Our thoughts & heartfelt condolences are with the Shandorf-Woode family & friends during this time.”

They asked the Panther Nation to “come together & lift them up.”