Capitol officer who shot Ashli Babbitt during insurrection speaks out

Michael Byrd, the U.S. Capitol Police lieutenant cleared for shooting the rioter, spoke out about the day's deadly circumstances.

The U.S. Capitol Police officer who shot and killed Jan. 6 rioter Ashli Babbitt, one of five people whose lives were lost during or immediately after the insurrection, is speaking out about the circumstances of the infamous day.

In Thursday’s exclusive interview with NBC News — a sit-down in which he allowed the use of his name for the first time — Lt. Michael Byrd said he was guarding a door to the lobby of the chamber of the House of Representatives, where 60 to 80 members were barricaded inside during the siege.

“Once we barricaded the doors, we were essentially trapped where we were,” Byrd told NBC News’ Lester Holt, speaking publicly for the first time since the Capitol Hill event. “There was no way to retreat. No other way to get out.”

“If they get through that door,” he added, “they’re into the House chamber and upon the members of Congress.”

Byrd said the situation was heightened that day as reports of attacks and injuries of officers were being broadcast over radios. He took a defensive stance, he said, as a crowd of rioters approached the glass doors to the Speaker’s Lobby and began to smash them.

The 28-year police veteran said he yelled repeatedly for them to get back, but they continued moving forward, and one rioter attempted to climb through the window. It was then that he fired a shot — hitting 35-year-old Babbitt in the shoulder.

Byrd said he did not know if Babbitt was armed and that he fired the shot as a last resort.

“I tried to wait as long as I could,” he told Holt. “I hoped and prayed no one tried to enter through those doors. But their failure to comply required me to take the appropriate action to save the lives of members of Congress and myself and my fellow officers.” 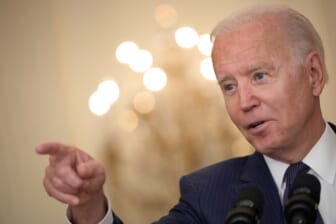 Also Read:
Biden vows to ‘hunt down’ those responsible for Kabul airport attack

The report notes that Byrd gave the members of Congress the instruction to remove their pins and jackets and try to blend in if the chamber was breached. Additionally, he said the legislators truly began to believe serious harm or injury could come to them when the House chaplain took the podium and began to pray.

Byrd, who is Black, said he has been harassed and flooded with death threats after his name leaked on right-wing websites. He was cleared of any wrongdoing in dual investigations by the Justice Department and Capitol Police. 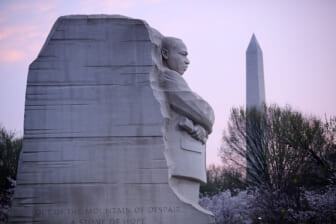 “They talked about killing me, cutting off my head,” Byrd said of the online attacks. “It’s all disheartening, because I know I was doing my job.”

“I know that day I saved countless lives,” he maintained. “I know members of Congress, as well as my fellow officers and staff, were in jeopardy and in serious danger. And that’s my job.”