‘The Color Purple’ musical to get film adaptation, H.E.R. slated to star

H.E.R. will play Squeak, the role originated by Rae Dawn Chong in the 1985 film adaptation

The Color Purple musical is heading to the big screen, and it’s slated to include H.E.R. in its cast. 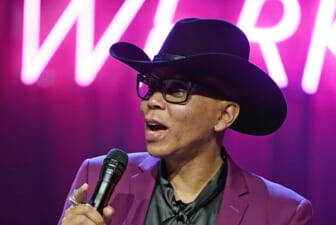 The popular Broadway musical version of the 1985 film of the same name is being developed as a feature length film by Warner Brothers, as reported by The Hollywood Reporter. H.E.R., real name Gabriella Wilson, is currently in the final stages of negotiations to appear in the film, according to Shadow and Act.

The musical film will be directed by Blitz Bazawule, who helmed Beyoncé’s Black Is King film, while Marcus Gardley will take care of the screenplay. Gardley, a playwright himself, was an executive story editor on episodes of Showtime’s series The Chi, according to IMDB.

This will be Wilson’s acting debut, as she is slated to portray Squeak in the musical film. The character was first played by Rae Dawn Chong in the 1985 film and was originally played on Broadway by Krisha Marcano.

The Grammy and Oscar winner will be playing opposite Corey Hawkins, who will be playing Squeak’s love interest, Harpo, as reported by The New York Daily News. Hawkins most recently starred in this year’s film adaptation of the Tony Award-winning musical In The Heights.

Wilson is coming off winning an Best Original Song Academy Award this year for co-writing and performing “Fight For You” from the film Judas and the Black Messiah, which was also produced by Warner Brothers. She also took home two Grammys, including 2020 Song of the Year for “I Can’t Breathe.” She now has a total of four gramophone statutes.

The Color Purple was a Pulitzer Prize-winning novel by Alice Walker that was adapted into a feature film in 1985, directed by Steven Spielberg. Like Wilson, it featured some notable film debuts, such as Whoopi Goldberg and Oprah Winfrey, and it was Quincy Jones‘ debut as a film producer.

It went on to receive a then-record 10 Academy Award nominations, including six among Jones, Goldberg, Winfrey, and Spielberg.

In 2005, the film was fashioned into Broadway musical, produced by Winfrey, with a book by Marsha Norman (to be adapted for screen by Gardley) and score by Brenda Russell, Allee Willis, and Stephen Bray. The musical was a big success, winning a 2006 Tony Award, and two more in 2016 for its revival. 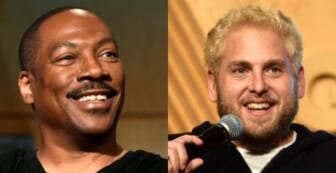 Winfrey, Spielberg and Jones are all returning to produce the musical film, which is currently in pre-production stages. The film is slated to hit theaters in December 2023.