The mother of two has accused Florida's child protective services of "forcefully and legally" kidnapping her son.

American Idol alum Syesha Mercado shared a sweet video of her spending time with her son Amen’Ra on Sunday. 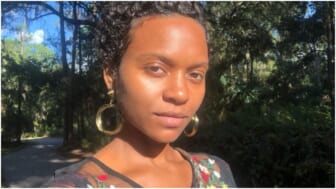 The 34-year-old mother of two was granted a two-hour visitation with her firstborn amid a battle with the state of Florida over her baby boy, PEOPLE reports.

“It was just so refreshing to be in the sun with our son and to have him feel the rays on his skin and have him experience his culture — us drumming to him, us singing to him, us holding him and just being completely present,” Mercado said.

As previously reported by theGRIO, Mercado was recently reunited with her newborn daughter after controversy erupted over authorities taking both of her children.

Despite their daughter being returned to their custody, Mercado and her partner Tyron Deneer still have not been reunited with their 18-month-old son. He was placed into Manatee Child Protective Services in February after officials accused the couple of child abuse following a routine visit to Johns Hopkins All Children’s Hospital in St. Petersburg on Feb. 26.

Mercado was having trouble producing milk and Amen’Ra stopped accepting fluids, the Sarasota Herald-Tribune reported. They were concerned about their eldest being malnourished but Dr. Sally Smith, the pediatrician who examined the boy, alerted the authorities.

Smith, the head of the child protection team in Pinellas County, has been investigated for having a history of falsely accusing parents of varying backgrounds of abuse.

The couple was also accused of denying Amen’Ra a B12 shot that is recommended by doctors. They’ve denied the accusation.

Mercado has accused CPS of “forcefully and legally” kidnapping her son.

“Ultimately the child, by order of a judge, was sheltered and treatment took place,” Randy Warren, a spokesperson for the Manatee County Sheriff’s Office, previously told PEOPLE. “The parents refused to cooperate.”

Deneer has denied allegations that he and Mercado had abused their children.

“The only thing that we have ever done as parents is make responsible decisions, loving decisions,” Deener said in a press conference held on Aug. 17. “We have not committed any crime. We have not abused our babies.”

“Our life revolves around health, balance and doing what we can to guide our children,” he added. “Nothing that we do is detrimental to our babies.”

In the newly released video of her visiting her son, Mercado said, “All of the affirmation, all of the prayers, all of the positive thinking and mantras, they’re shifting the energy and they’re doing exactly what needs to be done in order to bring our baby home.”

Continuing, “Literally I envision and I imagine him every day walking in that door just so happy and saying ‘Mama,'” she said.

Louis Baptiste, one of Mercado’s attorneys, confirmed that the children are being cared for by an estranged relative. 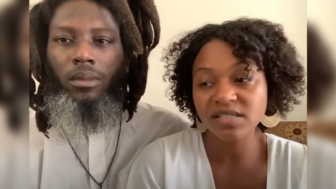 Mercado’s separation from her children was widely reported after a BuzzFeed article amplified a video she posted of authorities taking possession of the infant.