Of the 106 people arrested by the Rodeo Drive Task Force, Benjamin Crump alleges, 105 were Black, and one was Latino.

The Beverly Hills Police Department is being sued by acclaimed civil rights attorney Benjamin Crump, who alleges a police task force that patrolled Rodeo Drive for over a year targeted and disproportionately arrested Black people.

“If we let them get away with this, if we don’t hold them accountable,” Crump wondered at a press conference on Wednesday, “will we have a George Floyd in Beverly Hills, California next?”

According to TMZ, Crump’s suit alleges that Beverly Hills Police Department Captain Scott Dowling directed officers “to seize, interrogate, use force, falsely arrest and maliciously prosecute any African-Americans who traveled on Rodeo Drive” with the sole purpose of “keep[ing] out African-Americans, who were deemed as ‘criminals.”

Crump’s clients in the case, visiting Philadelphia couple Jasmine Williams and Khalil White, say they were arrested and spent the night in jail for riding scooters on the sidewalk on Rodeo Drive. They were handcuffed and taken into custody. The charges were later dropped, but the couple called the experience traumatizing.

Current BHPD Chief Dominick Rivetti claims Williams and White were warned that riding a scooter on sidewalks is prohibited. The couple was arrested later that day, he says, for “committing the same violation.” 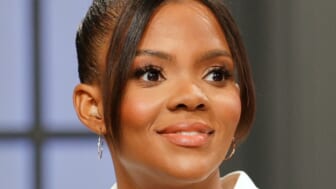 In addition to Williams and White’s story, Crump’s lawsuit recounts the story of footwear designer Salehe Bembury, the vice president of sneakers and men’s footwear at Versace, who was detained for jaywalking.

Rivetti released a statement contending that the task force was a successful response to a “significant increase” in crime in the city’s business district, specifically stating that crime went up “after a summer of unrest” following the Minneapolis police murder of George Floyd. 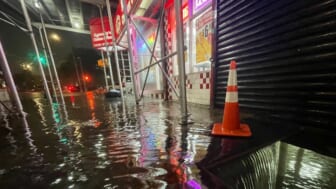 “As a result of the newly created team, in a span of just five weeks, we recovered 13 loaded firearms from individuals on Rodeo Drive,” Rivetti said. “This is unprecedented in the history of Beverly Hills.”

Attorney Bradley C. Gage, Crump’s co-counsel in the case, notes that the resignation of three high-ranking officers “tells us that we are on the right track. It tells us that the city understands, and the people that we are making the allegations against understand — there is something terribly wrong here.”