Visually impaired sprinter Keula Nidreia Pereira Semedo missed out on a place in the semifinals at the Paralympic Games but the Cape Verde athlete still received an unexpected surprise.

Semedo got engaged to her guide Manuel Antonio Vaz da Vega after her qualifying heat on Thursday. Her partner proposed minutes after the 32-year-old ended the race with a fourth-place finish. He popped the question on the middle of the track with other athletes cheering the couple on.

Semedo tearfully accepted the proposal and the two hugged. Watch the moment via the Twitter clip below. 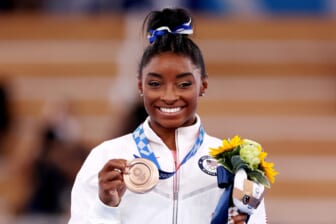 “May the two of them run together for life! ❤️” the official Paralympics account tweeted.

“Who wants gold when you can have a diamond!,” one Twitter user reacted to news of the engagement.

Another added, “What a very happy ending story. This is more than a Gold medal for me.”

A third said, “What a memorable spot to propose, just beautiful.”

“I really have no words. There are so many emotions all together. Just the fact of being here at the Paralympic Games, I hardly felt my legs actually because I was so nervous,” Semedo told reporters, per PEOPLE.

“Now, with the proposal, there are just too many emotions going on right now. I don’t have words to explain how I feel at this moment,” she added.

“I always had the dream of getting married but we hadn’t planned anything so far. We haven’t spoken about it and I wasn’t expecting it at all,” Semedo said.

Semedo lives in Lisbon, Portugal, and in her Olympic profile, she credits Vaz da Vega for being her biggest influence. She also trains in Lisbon and has been competing since 2005, though Tokyo 2020 was her first Games.

“I’m not sure if any of my relatives already knew because I did not know. But I am sure our parents will go crazy. They will like it,” she said of her engagement.

“I am sure my mom will be very happy because she always wanted me to get married.”

Vaz da Veiga decided to ask the big question after 11 years together.

“My two brothers and a friend of mine already knew of this. I am sure they will be very happy. My family will be thrilled. They will all love the idea,” he said. 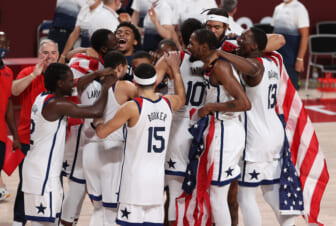 Meanwhile, the AP reports that Paralympics began late last month in the same empty National Stadium as the opening and closing ceremonies of the Tokyo Olympics. Pet the outlet, the opening ceremony featured the national flags of the 162 delegations represented. In addition, the flag of Afghanistan was carried by a volunteer despite the delegation not being on hand in Tokyo.

“The stigma attached to disability changes when you watch the sport,” said Craig Spence, a spokesman for the International Paralympic Committee. “These games will change your attitude toward disability.”

“If you look around Japan, it’s very rare you see persons with disabilities on the street,” Spence added. “We’ve got to go from protecting people to empowering people and creating opportunities for people to flourish in society.”

The 16th Summer Paralympic Games kicked off on Aug. 24 in Tokyo, Japan, and concludes on Sunday.