Students and alumni of Morehouse and Spelman colleges are grappling with the fact that there will be limited homecoming celebrations on campus this year.

The disappointment comes after administrators of the Atlanta schools canceled traditional in-person activities as COVID-19 numbers rise, The Atlanta Journal-Constitution reported on Friday. 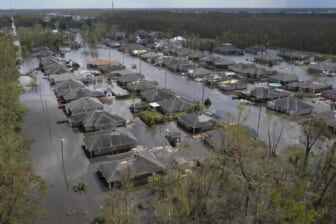 Morehouse’s festivities were scheduled for Oct. 10-17. The school has no plans to reschedule them, though their homecoming football game against Fort Valley State University will go on as scheduled at limited capacity on Oct. 16.

Spelman students were anticipating their events happening from Oct. 14-17. Now, all alumnae events will be held virtually during those dates. As far as in-person student events, Spelman President Mary Schmidt Campbell said in a statement things are still being figured out.

There is no word at this time if Clark Atlanta University, the adjacent university, will adjust or cancel its festivities planned for Oct. 28.

The three historically Black colleges in Atlanta required that all students be vaccinated in order to return to campus unless they received an exemption.

Morehouse President David A. Thomas spoke on their “aggressive” COVID-19 protocols, including strict masking requirements and other safety mandates, which he says has been successful in limiting the spread on campus but that the cancellation of events is an additional health and safety measure.

“Unfortunately, this week, Georgia broke a record for COVID-19 hospitalizations. The state has the sixth-highest per capita infection rate in the nation and an unprecedented number of young people have become ill with the virus,” he said.

“Given the circumstances, a massive in-person gathering on our campus presents a public health risk to our students which is impossible to ignore. In order to continue our on-campus experience, that’s just an action we’re going to have to take. I’m willing to forfeit homecoming as opposed to staying and taking classes at home virtually.”

This is the second consecutive year homecoming events have been canceled as a result of the pandemic, per 11Alive.

Students at the colleges have had to adjust since returning to campus, despite the majority being vaccinated. Some classes remain virtual, while others are in-person.

About 500 students at Clark Atlanta University have also reported that their dorms, which many were under construction, were not readily available upon their return. Those affected were displaced to nearby hotels on a voucher from the university, while others were put in temporary apartments off-campus for several days.

Clark Atlanta University’s president, George T. French Jr., wrote a letter apologizing for the situation, promising to rectify it by providing a 50% refund this semester to the impacted students, per the AJC. 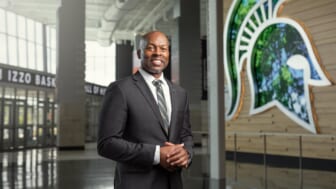 “It is indefensible. As the ‘Buck stops’ with me, I prefer to acknowledge this dereliction and ask your forgiveness rather than making excuses,” French wrote. He became president in 2019.