Despite law enforcement officials' claims, recent federal data shows officers vacated jobs at a lower rate than that of the overall U.S. economy from 2019 to 2020

Police officials across the country have consistently reiterated the same claim since the Black Lives Matter protests of summer 2020: Droves of American police officers are quitting the force amid rising homicide rates and increased national scrutiny toward a longstanding culture of hyper-surveillance and brutality against people of color.

Those claims may now be debunked following the analyzation of recent federal data which shows the national police force in 2020 lost employees at a proportionally lower rate than those lost in the overall national economy.

According to the Bureau of Labor Statistics (BLS), America’s economy as a whole lost approximately 6% of workers compared to just 1% — or about 4,000 officers out of roughly 500,000 — lost by sheriff’s offices and municipal police departments nationwide after seeing consistent growth over the past decade.

Data also revealed that the number of employees actually increased slightly among law enforcement departments at the state and federal levels.

The reason for many police officials’ worries is a non-scientific survey released by the Police Executive Research Forum comparing 2020 workforce trends with those of 2019. Among the 194 departments polled, data showed a 45% increase in retirement rate, an 18% increase in the resignation rate and a 5% decrease in the hiring rate.

This data may be misleading, according to a recent report by criminal justice news outlet The Marshall Project in partnership with TIME Magazine. 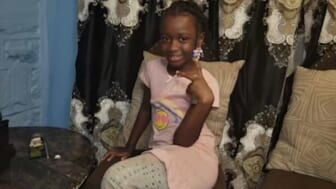 Per the joint report, data collected in 2020 appears “dramatic” compared with 2019 data because 2019 came “at the end of a long period of steady police job growth.” Further analysis of law enforcement workforce trends over the past decade reveal that employment was roughly the same in 2020 as it was in 2018.

John Jay College of Criminal Justice professor Peter Moskos said policing is actually a secure job with consistent employment numbers from year to year. According to Moskos, police jobs are often the last to be considered for cities budget cuts, and police workers earn added benefits and a high enough salary to make the line of work appealing.

“They are financially locked in,” Moskos said. “If you quit, you don’t get your pension. Cops are human, too. They have a mortgage to pay. You can’t quit.”

Philip Stinson, a former police officer and current criminal justice professor at Bowling Green State University disputed the commonly speculated claim that prospective officers are being discouraged from law enforcement positions due to the increase in protests against police brutality compounded by calls for the defunding of police departments nationwide.

“From where I sit, it’s pretty much the status quo — it’s very difficult to change the culture of policing,” Stinson said. “We’ve got more than 18,000 state and local law enforcement agencies across the country. It’s very difficult to legislate reforms that are going to have meaningful effect at the street level, at the local level, in all these agencies across the country.”