Strahan's No. 92 to be retired after a decorated 15-year career with the team

The New York Giants are going to retire the No. 92 jersey of Hall of Fame defensive end Michael Strahan this season. The ceremony will take place on Nov. 28 at MetLife Stadium at a game against the Philadelphia Eagles.

Strahan spent his entire 15-year career with the Giants and was the captain of their 2007 Super Bowl championship team. He was a four-time All-Pro, a seven-time Pro Bowler and the NFL Defensive Player of the Year in 2001 when he set the league’s single-season record with 22 1-2 sacks.

“Michael Strahan was one of the greatest players in franchise history,” says John Mara, the Giants president and chief executive officer. “He deserves to have his number retired as other Giants immortals have, including Mel Hein, Frank Gifford and Lawrence Taylor.” 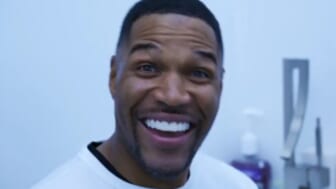 Strahan’s jersey will be the second retired by the Giants this season. On Sept. 26, two-time Super Bowl MVP Eli Manning will have his No. 10 removed from circulation when the Giants host the Atlanta Falcons.

Strahan owns the franchise career record with 141 1-2 sacks. It was the fifth-highest total in NFL history when he announced his retirement on June 9, 2008. It is currently the sixth-highest total.

Since his retirement, Strahan has worked in television. He is a host of ABC’s “Good Morning America″ and an analyst on “FOX NFL Sunday.”