Stephens shared in an Instagram Story that she got over 2,000 abusive messages from fans "upset" by her loss.

Tennis player Sloane Stephens disclosed that she has been subjected to online abuse and harassment via her Instagram account on Saturday following her loss to Angelique Kerber at the U.S. Open.

Stephens shared in an Instagram Story that she received more than 2,000 abusive messages to her social media account by fans who were “upset” by her loss. She called “this type of hate … so exhausting and never-ending.”

“It’s so hard to read messages like these,” she wrote of the comments that ranged from curse words to threats of physical harm. “This isn’t talked about enough, but it really freaking sucks,” Stephens wrote, according to ESPN. 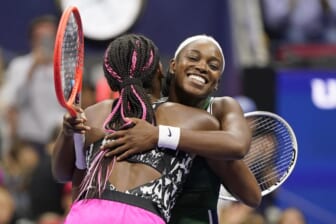 She also shared some encouraging words she’d received from supporters.

“I’m choosing positive vibes over negative ones,” Stephens wrote, “I choose to show you guys happiness on here, but it’s not always smiles and roses.”

In another post to her Instagram Story, Stephens wrote that she is grateful for the positive messages that she’s received since sharing her truth. She added that she hopes that the dialogue will continue.

Defending champion Naomi Osaka recently lost in a third-round U.S. Open match to Leylah Fernandez of Canada. Following her loss, Osaka said she is not sure when she will play her next match, causing speculation that she may take a break from tennis.

“How do I go around saying this,” Osaka said tearfully on Friday, according to The New York Times. “I feel like for me, recently, when I win, I don’t feel happy, I feel more like a relief. And then, when I lose, I feel very sad. And I don’t think that’s normal. 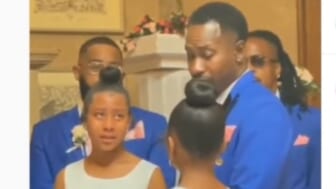 “This is very hard to articulate,” she continued, after collecting herself. “Well, basically. I feel like I’m kind of at this point where I’m trying to figure out what I want to do, and I honestly don’t know when I’m going to play my next tennis match.”

In response to Osaka and other athletes battling mental health challenges, the U.S. Open provided support services, including access to therapists and quiet rooms, at this year’s tournament.