The Atlanta-born visionary, musician, designer and skateboarder discusses working with Kanye West, his upcoming album, ageism, starting a skateboarding brand and being a SoundCloud legend at the young age of 22

Most would be satisfied with accomplishing in their entire career what Digital Nas has done by the age of 22, but the Atlanta native says he’s just getting started.

A pioneering member of the SoundCloud renaissance that took over hip-hop in 2015, Digital Nas has been instrumental in redefining the “trap” sub-genre by infusing a signature blend of punk and thrash metal, providing the soundtrack for an entire generation of youth. Not to be boxed in, his creative talent is also expressed through his clothing designs, his lifelong passion for skateboarding, and his approach to living each day with the knowledge that tomorrow is promised to no one.

Maybe you were introduced to Digital Nas in his early days collaborating with Lil Yachty, Playboi Carti and Xavier Wulf, recently through his production on the songs “Junya” and “Remote Control” from Kanye West’s new album Donda, or maybe you have yet to discover his growing catalog. Whichever way his vision finds you, consider this an official notice that despite just scratching the surface of his full potential, Digital Nas deserves his flowers now.

Digital Nas spoke to theGrio about working with Kanye West, his upcoming album, ageism, starting a skateboarding brand and being a SoundCloud legend at 22-years-old.

Q: First and foremost, how are you doing? How’s your health, how’s your mentality, how’s life been?

A: I’m just super grateful about everything right now. I feel like sometimes it’s hard to take stuff in and it’s a lot of crazy stuff going on, so the fact that I’m sitting here still healthy and able to move, I’m just grateful.

Q: What’s been keeping you inspired to create over the past year and a half?

Q: Anyone whose been decently tapped into the game over the past several years knows how crazy you’ve been going. When you look out at the state of hip hop in 2021, how do you view your own influence and the lineage you helped create?

A: It’s like a new, punk-esque, trap wave of beats that I feel like I inspired. A lot of people don’t know I’ve been on SoundCloud since 2013, but the SoundCloud pioneers are Xavier Wulf, Chris Travis and BONES, and those were the first artists I ever worked with when I was like 13-years-old. I feel like ever since then, I’ve built this following just from SoundCloud and I feel like the kids who know, know how far I came and what I’ve been through for real. I just stuck to that kind of vibe and it worked. And I’m just happy it worked.

Q: It’s crazy to see where you and [Lil] Yachty and [Playboi] Carti and Duwap Kaine and everyone else who came up with you are at these days. How does it feel?

A: Thank you — I appreciate that. Honestly, it feels amazing, I’m not going to lie. And I’m super grateful, but it makes me just want to go back and work harder. That’s the only way I can describe it. It’s like a weird feeling where it’s like okay, that’s done…I got a goal list, I just checked it off the list and said ‘what’s next’? I gotta get a number one single. I gotta see number one on Top 100. I’ve just trained myself to be that way since young, where I don’t celebrate wins and I don’t get caught up in my lows. I just stay grounded and keep going.

I’m definitely grateful though. When it went number one, I posted this meme of the dude crying.

Q: Going back to the early days, how did you get in touch with dudes like Wulf and Chris Travis at 13-years-old?

The song went crazy and from then on I kept working with them. Then I got SoundCloud notoriety. When no one had a SoundCloud, I was the one with notoriety in 2015 because I was so early on it in 2013. So I do feel like a lot of artists coming up see me as, like, ‘Oh, that’s the guy, look how many followers he has on SoundCloud, we gotta drop on his page.’ And that’s why a lot of songs like “Lil Boat” and “Run It” were dropped on my page. It’s crazy when you look at the history. 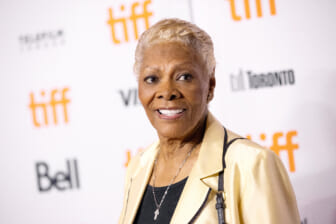 Q: When you first started linking with other Atlanta dudes like Yachty and Carti, did you know y’all were onto something off-rip?

A: Right away for sure. I was introduced to Yachty from my roommate, who just told me, ‘He really rocks with you.’ And I was just like, he looks really cool, I would love to work. And it just went from there and it started going up and up and up. I believe in destiny and I just feel like God aligns people with similar plans, you just gotta watch it come to fruition. I feel like that’s what happened with us.

Q: Speaking of linking with people for the first time, how did you and Kanye first meet?

A: Mowalola [Ogunlesi]. I will forever remember her. She does design work for him, I believe, and she played a song I produced around him and he asked who made the beat. It just went from there.

Q: How long had y’all been working before the sessions in the Mercedes Benz Center?

A: That was very far from the first session. That was like closing Donda, some of the final sessions. I’d been working on his project for like six, seven months. Just secretly working on it and not being able to tell the world was kind of weird. It was a very long process working on that. And it’s some people who’d been working on it for almost two years.

A: As far as working with him, he pushes you to go harder. Like, it’s not just pull up, play beats, hop on a beat and it’s done. It’s a process.

Q: As a younger person, something you may hear is how amazing your accomplishments are “for your age.” I feel like that compliment sometimes frames youth as an obstacle that has to be overcome rather than something that can help you. If you agree with that, what do you think are some reasons why people speak on youth as if it’s inherently a negative thing?

A: It’s crazy, I feel like people judge you for your age. I feel like that’s not really the smartest thing to do, because…mindset is the real age. Like, I might see a 16-year-old kid acting like he 40. And then you meet a 40-year-old guy and it’s like being around a 21-year-old. I feel like as long as you stay young, you stay thirsty for knowledge, that’s what keeps you young.

Q: You’ve been designing pieces for your new brand/collective 29131. What’s the inspiration behind that?

A: I grew up skateboarding, I’ve been skateboarding my whole life and it’s kind of like an ode to my roots. Just giving back to the culture — skate culture. I felt like I owed them something because they raised me, and that’s what that is, it’s a skate brand. The name literally means nothing, I just aesthetically like how the numbers look together and I like the logo.

We did our first launch at a show in Atlanta and it did well. We’re going to start dropping skate videos, skate documentaries, a bunch of stuff so that the brand is known as a skateboarding brand instead of just a brand.

A: Yeah, I have a little skate team right now. I really just wanted to test the kids’ character, because I’ve owned a skate team for the past year, low-key, and I just kind of wanted to meet these kids and test out their character. Over time, I realized that their character wasn’t as great as I thought it was, so I’m actually revamping my skate team right now. I just want a bunch of good, young kids. I don’t think people understand talent means nothing without good character. I want to find really young kids with good character and show them the ropes. I don’t even want the most talented skaters, I just want skaters who look cool and have a good heart, and then we can go from there.

Q: With all of the creative projects you’ve started like 29131 and III Records, how do you approach taking on the double role of being both an artist and an entrepreneur? Is that something you have to consciously balance or does it just come naturally?

A: Speaking of III Records, I had a label deal with Warner Records and III Records in 2018…and it didn’t work. It didn’t work out because I realized that I’m not ready for that right now, like the CEO stuff. I’m a businessman, but the CEO stuff, like running a label how I tried to do almost three years ago, I’m not ready for that, and that’s something I had to self-reflect on. Eventually I do want to do that, but I’m definitely going to wait. I can multitask, but there’s no way I can run a label and be an artist and producer right now. And I had to learn the hard way.

Q: Is your legacy something you think about now, in the moment, or will you do more of that once it’s all said and done?

A: I think about that every day. That’s the only reason I do what I do and I make sure every move I make is precise because we’re not promised tomorrow. Whatever you leave the Earth off with is what you leave it off with. Like, I don’t want nobody to release my unreleased music when I’m gone. I want to make sure I’m dropping projects and dropping art when it’s ready to come out. That’s really a great question, I think about my legacy every day.

Q: Real quick, speaking of music yet to be released — DN 3. What type of mode have you been on for this one?

A: I’ve learned to be as transparent as possible and say exactly what I want to say without curse words. Because curse words, it’s an easy way to fill in a word. The best writers don’t ever curse, and if they curse it’s an emphasis on that curse word, why they said that word. So I’ve just been getting really nice with the pen. I feel like DN 3 is going to be my best body of work ever in life until I make another project after. Like, I’ve been locked in. Ever since we wrapped up Donda, I’ve just been locked in, making the best music I’ve ever made in my life.