The trial of R. Kelly has brought numerous people out of the woodwork to testify on the many misgivings of the disgraced singer as he faces a range of charges including sexual assault in Brooklyn federal court.

One of those people is Diana Copeland, Kelly’s longtime executive assistant who testified in the trial last week. Following her appearance in court, Copeland, who acted as Kelly’s assistant on-and-off for 16 years, disclosed details about Kelly’s home life to Good Morning America in an interview shared by ABC on Friday.

Copeland said she worked at Kelly’s home and was responsible for running his estate. It was there that she observed how Kelly enforced strict rules, such as disallowing guests to roam about freely in the house. This included live-in girlfriends, who Copeland said all “had their own rooms.”

“He had, like, three properties. In those properties, there was, like, a certain decorum that was expected,” Copeland said. “He pretty much didn’t want, not just the girls to move around, but he didn’t want anybody to just roam his house like a museum.” 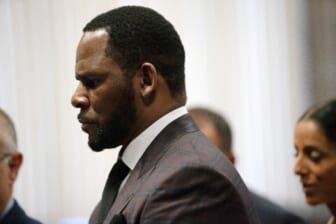 This revelation is reminiscent of the testimony given by several women who appeared in the Lifetime documentary series, Surviving R. Kelly. Numerous women who accused Kelly of victimizing them stated during the six-part series that he had rules in the houses where they stayed, including rules against interacting with one another.

In addition, Copeland also noticed that the live-in girls were to refrain from any interaction with other males in the home, including salespeople.

“They asked me during the trial, ‘Did you notice their reaction with males?’ And I did,” Copeland said. “They didn’t wanna speak to the males. In fact, sometimes they would ask me to interact with the males.”

Despite noticing these things, Copeland insists that she never witnessed any underage girls in the house while she was working for Kelly, including his live-in girlfriends.

“[I] never witnessed something … around underage women,” Copeland said. “Now, I did come and go, so I mean, I want to make sure that I am clear that my experience does not negate anybody else’s experience.”

Copeland wasn’t the only one of Kelly’s former executive assistants to testify this week. 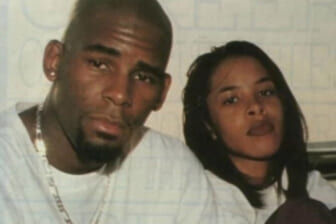 Cheryl Mack, the mother of music producer London on da Track, served as Kelly’s assistant from 2013 to 2015, as previously reported by theGrio. During the trial, she tearfully testified that she witnessed the Grammy-winning singer humiliate young women. She also said Kelly had withheld pay on occasion and bullied her into signing false apology letters.

Everything came to head for Mack when she said that Kelly angrily confronted her at a McDonald’s, accusing her of “spoiling” a surprise birthday gift for his stylist. As Kelly was yelling and pounding the table, Mack said she couldn’t take anymore.

Kelly is on trial in Brooklyn, New York where he is being tried for crimes including racketeering, sex trafficking, sex with minors, sexual abuse, knowingly infecting another with a sexually transmitted disease and bribery. He also faces charges in other states.

In his home state of Illinois, he’s charged with aggravated sexual abuse, child pornography, enticement of a minor and obstruction of justice, according to The LA Times.

In Minnesota, Kelly faces charges of prostitution and solicitation of a minor.