Lena Waithe, Gillian Flynn to head their own book imprints

“Gone Girl” author Gillian Flynn is a familiar name on bestseller lists, but her personal reading tastes run to books most haven’t heard about.

“I start every conversation about books with ‘What’s the weirdest things you’ve read this year? What’s the book that you read and later thought, what the hell was that? What an interesting, quirkly little book,’” she told The Associated Press during a recent Zoom interview.

Flynn will now be using her judgment in a more official role. She and Emmy-winning writer-producer-actor Lena Waithe will each run imprints at Zando, a new house headed by Molly Stern, who helped establish Flynn when she was the publisher of Crown. Stern founded Zando in 2020 as a platform for publishing its own books and for launching imprints by others.

“Lena Waithe and Gillian Flynn are dream publishing partners for Zando,” Stern said in a statement. “I’m no different from millions of other readers who know what these remarkable creators stand for, respect their unique vision and trust their taste. Lena and Gillian are cultural pioneers who devour and celebrate exciting new literary work and share my desire to support new voices.” 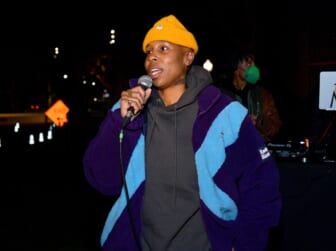 Flynn’s imprint will be called Gillian Flynn Books and Waithe’s will be an extension of the Hillman Grad production company she founded with Rishi Rajani. Waithe, whose credits range from writing and producing the crime film “Queen and Slim” to creating the Showtime series “The Chi,” met Stern in 2017 after the publisher contacted her in hopes she might write a book.

“When I first met with Molly several years ago, I knew there would be something special we would create,” Waithe said in a statement. “As Hillman Grad has grown, Rishi and I have had the opportunity to support underrepresented voices in film, TV and music. Now we get to do the same for books and we couldn’t be more excited.”

Each imprint will publish four to six books a year, according to Zando. Hillman Grad will feature “vibrant, richly imaginative work from underrepresented voices including memoir, literary fiction, and YA,” and Flynn’s imprint will focus on ”propulsive, culturally incisive and dynamic work from writers working across genres.” 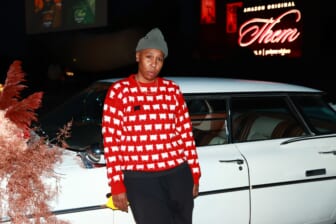 Also Read:
Lena Waithe on the ‘many pressures’ of being a queer, Black woman

Stern left Crown amid a corporate restructuring in 2018, but remains close to Flynn and other authors she has worked with. Flynn said she and Stern are so closely aligned that for her imprint she will often rely upon suggestions Stern sends her way.

“She’s a force of nature, and she really interested me in this particular mission,” Flynn said.

Stern’s other books at Crown ranged from Michelle Obama’s multimillion-selling “Becoming” to Matthew Desmond’s “Evicted: Poverty and Profit in the American City,” winner of the Pulitzer Prize in 2017.

“If someone else had come to me about this I’m not sure I would have been interested,” Flynn said.