Special officer Angela Washington was a married mother of four and grandmother of one from Suitland, Maryland.

A special police officer was fatally shot in southeast Washington, D.C. Tuesday night. Angela Washington was in uniform when she was killed.

Special police officers are essentially private security guards who can be armed and have police powers where they are assigned.

Washington, a 41-year-old mother of four and grandmother of one from Suitland, Maryland, was found shot dead by D.C. officers, who responded to gunshots. Police have identified a suspected vehicle driven by her killer — a white Toyota Camry with dark tinted windows seen in the area.

Washington’s husband, Reginald, told WUSA she “was the best mother. The best wife on Earth to me.”

Chief Robert Contee gave a statement Tuesday night in which he asked for the public’s help in identifying the person responsible for Washington’s death.

According to WJLA, Washington’s killing occurred a day after another shooting in the district, in which two children were injured. Early Tuesday, the very day of Washington’s death, five people were hospitalized after a shooting in the Southeast, one of them a 13-year-old.

“It’s unacceptable in the District of Columbia for somebody to brazenly shoot into a crowd of people, and five people to be struck at 8:38 a.m. in the morning,” Contee told Fox 5 DC. “That unacceptable. And I’m asking for the community’s help to bring this person to justice.”

Later, a man and boy were injured in a separate shooting.

According to Fox 5, no arrests have been made in any of the incidents.

The nation’s capitol’s homicide rate in 2021 has increased 12%, according to police statistics. In 2020, it increased nearly 20% from the year before. 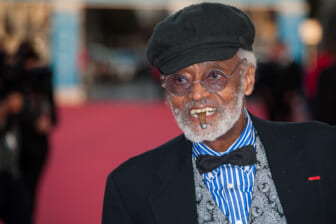 An opinion piece in The Washington Post from earlier this summer noted that “the District is targeting communities most affected by gun violence with a new program, Building Blocks DC, that provides investments in skill-building opportunities, neighborhood beautification, restorative justice and community engagement,” as well as other violence interruption programs.

In July, President Joe Biden announced new plans to tackle gun violence, saying at a press conference, “While there’s no one-size-fits-all approach, we know there are some things that work. And the first of those that work is stemming the flow of firearms.”