Kelli Richardson Lawson had what looked from the outside like a family anyone would aspire to be. She and her husband Keith were successful media executives.

After years at BET and Procter & Gamble, Howard University graduate Richardson Lawson had her own consulting company. The family lived an upper-middle-class life in suburban Maryland. Their two sons Kyle and Kris were healthy and happy – or so she and her husband thought. 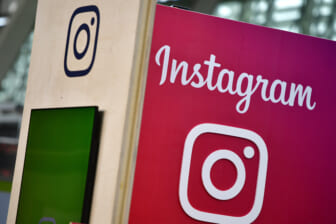 Their oldest son Kyle, now 19, was a swimmer with Olympic aspirations. But one night, Richardson Lawson and her husband found themselves in a situation they’d never anticipated. Kyle had been rushed to the emergency room after a suicide attempt and soon Richardson Lawson and her family had to rethink the pressures they’d placed on their firstborn, and also consider how they may have played a role in the son’s struggles.

Unlike many Black families who are struggling with a loved one’s mental health, the Lawsons had personal and financial resources. They were able to get help for their son and for their family in the aftermath. Kyle is now living on his own and looking to attend music engineering school. 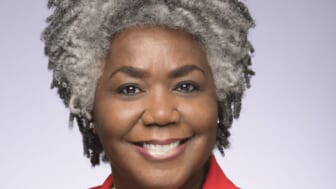 But the lessons Richardson Lawson learned in the process moved her to start The SonRise Project, a virtual support group that has helped families in similar situations find solutions. Now Richardson Lawson has expanded that into a new podcast backed by OWN, which will allow more parents and families to obtain mental health support and resources.

We talked to Richardson Lawson about the project and what parents and families can do when they’re faced with similar challenges.

TheGrio: It seemed like you had a pretty idyllic family situation. What changed and why?

Kelli Richardson Lawson: You know, on the surface, many families have this. What may look like a perfect family life where there are two parents in the home and we have 2.5 kids and dog and whatever? And the reality is, that’s not true in many cases. But most of us put this image out publicly to protect ourselves, protect our children, and to protect the, you know, the pain or the shame or the guilt or many things that happen.

And so with up until the ninth grade, you know, things were good, solid, strong on the surface at least, and [then] things started to unravel. And there starts to be a little chink in the armor. When Kyle entered middle school, up until then he had been a superstar swimmer. He had been invited out to the Olympic Training Center. Everybody was saying, ‘Oh, he’s going to be the next Michael Phelps.’ And he came back from that year, that experience as a ninth-grader, and said, ‘I don’t want to swim anymore. I’m done now.’ And my husband and, I being the people that we are, and having him on what we thought this trajectory of what success would be. And I say that in air quotes intentionally, because who decides what success is?

But we have this plan. He was going to go to a top school for top academic school, top swimming school, top, all these things. But that was what we have imagined for him. That was not what he imagined for himself. And he honestly just wanted to be a kid. Now, looking back, he wants to be a teenager, a normal teenager, wants to be a kid, was tired of getting up at four o’clock in the morning to go to practice, was tired of two-a-day practices, was tired of the pressure to perform. And when people feel so much pressure to perform and they don’t feel I just love you for you. Not “Swimmer Kyle” and that superstar academic. I just love you as a human. When you don’t feel that I believe, you know, you tend to look for other ways to feel that, to feel good, to feel supported.

TG: How did that play out in your family?

Richardson Lawson: And so he started smoking marijuana, which is not a big deal at all in the grand sense of things. But our perspective at the time was, you know, he was 15-years-old, going on 16. He was, starting to partake in behaviors that we did not think were good for a young Black man in a state where it’s illegal. And the more we would try to control that behavior or have him stop bad behavior or say, ‘no, you can’t go to these parties because there’s drugs and alcohol and we’re trying to protect you.

We’re trying to make sure that you don’t end up in a space that’s not good and you’re a black man living in a white neighborhood. Do you realize all the things that could happen?’ So that was parenting out of a space of fear for our beautiful Black son who is running up the house at 10, 11, 12 o’clock at night with people we didn’t know.

TG: When does this escalate into a crisis?

Richardson Lawson: We had an au pair, who was going back home to Germany at the time, and [Kyle] asked me if he could ride with me to the airport. And I said, no, you’ve got some practice. You know, versus saying, you know what, you can miss a practice. That’s OK. She’s been here for two years and they’ve developed a really close relationship and on and on and on in hindsight. [It escalated] over the next couple of days and to the point where his girlfriend at the time called my husband and said I’m so worried and please go check on him.

And that evening we realized he had taken a bunch of pills and he was so depressed. We didn’t see those signs coming. We were just trying to keep him from getting in trouble and stay on what we thought was his path for success. And so at the end of the day, yes, I ended up in the hospital that night in the E.R. and, you know, devastated and shocked. And what the hell is going on here? Like what happened? We didn’t see it coming. We should have and could have. I look back now. I see all of the signs, but did not see that at the time.

TG: Kyle is now doing much better thankfully. But for other Black parents who are just encountering this situation, often with limited resources, what do you advise?

Richardson Lawson: I think the first thing is really acknowledging the situation and sitting in the situation, but also at the same time realizing that you’re not alone, because I know I felt that way, which is why the SonRise Project was born. The first thing parents need to do is realize they’re not alone. And so opening your mouth to me and sharing so acknowledging the situation, being vulnerable enough to share what’s happening with your family, and opens up the space for others to see that it’s happening to them.

And so there’s this power of being vulnerable. I’m on the phone almost every day with somebody. I say I have been exactly where you are, and it’s going to get better. Just trust me. And then there are free resources online. NAMI, The National Association for Mental Illness, they have free resources, SonRise is free.

TG: Tell us about the podcast, how it came about and where we can find it.

Richardson Lawson: The podcast, I believe, will really impact so many more people that are already being impacted with our weekly Sunday calls. Each Monday, there will be a new episode released, Every week there’s an expert, whether it’s a therapist or a psychiatrist or a coach or just amazing moms who’ve been through it. Each week the guest shares. A presentation or a talk, and then we open the floor for people to talk, and that’s the magic. That’s the beauty.

Feel free to express their pain, what they’re going through, and other parents will speak up and say, ‘OK, here’s what you might want to consider X, Y, Z, or people might just listen.’ So the podcast is really meant to provide a safe space for Black parents to be and to listen, learn and share and cry and, you know, virtually hug one another to say you’re not alone.

TG: How is Kyle doing now and was he OK with you sharing his story so publicly?

Richardson Lawson: He actually posted about his experience attempting suicide on Instagram two years ago, and when he did that, you know, I asked him about it just,’ hey, what were you thinking about?’ And he said, well, one of his friends had committed suicide, actually. And so he was trying share his experience and try to use that as an opportunity to say it’s not worth it. Don’t do that. So he wrote a song for the young lady that committed suicide that is absolutely beautiful. And I remember saying, yes, really like that song can help so many people. So we talked about that as well.

I still think it will be a big hit at some point whenever he decides he wants to release that song. But the point is he is doing great right now. He very clearly articulates, you know, ‘I like smoking marijuana. I don’t have any intention of quitting, although I would like to get medicinal. It helps me with my anxiety and I like to be safe’ which I appreciate the honesty there. He just moved to Atlanta. And I am perfectly fine with the fact that he doesn’t want to go to college, because I realize at the end of the day, it’s not for everyone.

Check out the SonRise podcast below:

You can find out more about the SonRise project HERE.

If you or someone in your family is struggling with mental health issues you can go to the National Association For Mental Issues as a resource.

Psychology Today has a directory of therapists nationwide and a list specific to Black/African American therapists can be found HERE. It includes what kinds of therapy they specialize in and whether or not the therapists take insurance and what kinds.

If you or someone you know is contemplating suicide or threatening suicide, you can find the National Suicide Prevention Lifeline here along with resources specific to COVID, the LGBT+ community, and more.