Video Soul was one of the most popular Black music programs during its long run on BET.

Donnie Simpson, the long-time and charismatic host of Video Soul, was a key part of the show’s success. After 25 years of being off the air, Simpson has announced that he and the show are making a return online.

In a post on his Twitter page on Wednesday, Simpson disclosed the return of Video Soul with a 30-second video teasing its comeback.

“I’ve been waiting to say this for 25 years now…Video Soul Is Back!!!” he wrote in the tweet.

“I can’t tell you how many people over the years have suggested that I bring it back. I told them I would & today it’s official. Video Soul is live and free on #Tubi right now,” he continued. 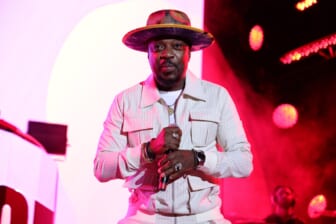 Video Soul originally began airing on BET in 1981, the year the network was launched, according to IMDB. Simpson, a prominent radio host in the Detroit and Washington D.C. markets, began hosting the show in 1983 and remained its main host until its 1995 cancellation, according to his official website.

On the show, Simpson interviewed a full range of R&B and Hip-Hop acts like Stephanie Mills, Aaliyah, and Bobby Brown. It also featured live performances from artists like SWV and Stevie Wonder, all while carrying the hottest videos of the day.

Video Soul is not the only previously canceled BET show to get a reboot. The network announced that it will be reviving Rap City for a one-night special, Rap City ’21, on Oct. 5, just before The Bet Hip-Hop Awards ceremony broadcast. The popular hip show ran from 1989 to 2008.

Rap City ’21 will be hosted and executive produced by Big Tigger, who hosted the original series.