Thousands of Arizonans have fallen victim to identity theft during the pandemic, resulting in delayed or denied payments and financial devastation.

One expert says that a simple modernization and security upgrade to Arizona’s decades-old unemployment insurance program could have saved victims the trouble and also saved the state billions of dollars, according to the Arizona Daily Star.

A plan to do that is underway.

The state Department of Economic Security will begin accepting proposals this month for a contract to one or multiple companies to modernize the unemployment insurance benefits system.

With an unprecedented number of Arizonans experiencing unemployment during the pandemic, people were forced to rely on the state’s unemployment insurance, the then-new Pandemic Unemployment Assistance program and other forms of state and federal assistance.

The DES collaborated with federal, state and local partners during the pandemic to provide support to people impacted by job loss and other COVID-related issues and made improvements to existing programs to meet the surge in demand for services and that work will continue, the Star reported.

The department will use funding from the Families First Coronavirus Response Act, the American Rescue Plan Act of 2021 and a “small surplus in a UI administration fund” to pay for the technology upgrade, a decision resulting from the pandemic-related demand, DES Director Michael Wisehart said.

The state will seek additional funding in the 2023 fiscal year budget to close any potential gaps in funding the overall project.

“The age and complexity of the existing UI system will cost the state significantly more over the years as we continue to maintain, adjust and repair,” Wisehart said. “System modernization is not only sensible from a fiscal perspective, it is a crucial investment into our labor force. It will help to support those who face disruptions in employment as the rest of the workforce development system works with them to rebound and find their place again in the state’s economy.” 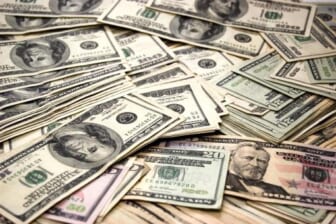 There’s no disputing the benefits of modernizing the state’s system and it was long overdue, said Haywood Talcove, CEO of LexisNexis Risk Solutions Government Group.

“What happened was something that was completely preventable,” Talcove told the Star.

In addition to an unprecedented number of unemployment claims, the pandemic also saw unprecedented fraud due to a variety of reasons.

Data breaches before and during the pandemic resulted in a “pile of personal identifiable information being collected by adversaries,” Talcove said.

Thousands of unemployed Arizonans applied for these jobs, received a real interview and were hired.

“All of a sudden you have a job that pays significantly more than you were making previously,” Talcove said. “You get excited, then they say they need to verify your identity.”

With about 18,000 false job listings having been identified online, the effect was disastrous, according to the Star.

“Each identity they got was worth approximately $26,000. They found systems that were completely open,” Talcove said.

While the total amount lost to fraud is still unknown, the U.S. Labor Department has estimated $87 billion in losses nationwide, Talcove said. 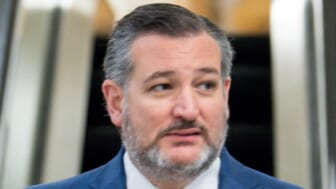 Also Read:
Ted Cruz slammed after telling Americans who lost unemployment benefits to ‘get a job’

Arizona’s unemployment rate fluctuated between 4.8% and 14.2% during the pandemic, according to U.S. Bureau of Labor statistics.

LexisNexis estimates Arizona’s potential loss to fraud at nearly $2 billion, though a full accounting has yet to be performed.

Arizona DES spokesperson Tasya Peterson said in an email to the Star that fraudulent claims were a problem in all 50 states during the pandemic, but the DES took “proactive and aggressive action” to combat fraud in its programs, adding layers of protection to its systems to meet the evolving threat.