The automaker previously denied any knowledge of the racist conduct

Tesla, Inc., the automotive company owned by the second-richest man in the world, Elon Musk, has been ordered to pay $137 million to a former Black employee after a jury ruled he was subjected to racial harassment and a hostile work environment.

Owen Diaz worked as a contracted elevator operator at Tesla’s Fremont plant in 2015 and 2016, and while there, he said he was subjected to “daily racist epithets.”

He alleged that employees drew swastikas and left racist graffiti and drawings around the facility, and that his supervisors did nothing to stop the racial abuse.

In the lawsuit, Diaz’s attorneys wrote, “Tesla’s progressive image was a facade papering over its regressive, demeaning treatment of African-American employees.”

The automaker previously denied any knowledge of the racist conduct at the Fremont facility, which has approximately 10,000 employees. 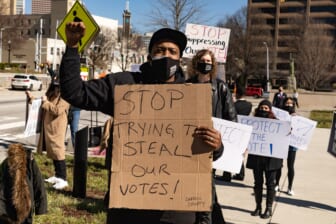 According to an NBC News report, Tesla was previously ordered to pay more than $1 million to another employee who was called a racial slur. Supervisors ignored his complaints as well.

The auto manufacturing company usually resolves allegations of workplace issues through mandatory arbitration, which it has rarely lost. The judgment for Diaz was an award of $6.9 million in damages, and more than $130 million in punitive damages, according to the Washington Post.

“We’re just gratified that the jury saw the truth and they awarded an amount that hopefully will push Tesla to correct what people testified about in terms of this widespread racist conduct,” Diaz’s attorney, Lawrence A. Organ, told the Washington Post. “It’s gratifying to know that a jury’s willing to hold Tesla accountable, one of the world’s largest, richest corporations finally is told, ‘You can’t let this kind of thing happen at your factory.’ ” 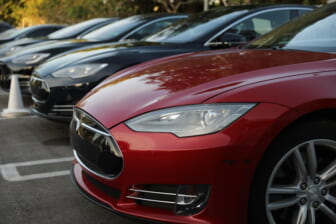 Valerie Capers Workman, the company’s vice president of people, noted that Diaz was not an employee of Tesla, but was contracted by another company. However, the ruling stated that he was at the company’s facility, and that Tesla set his hours and regulated the work environment.

Workman told the Washington Post that the company responded in a “timely” manner to incidents of harassment by Diaz, and said witnesses believe the n-word was used in a “friendly” manner. “While they all agreed that the use of the n-word was not appropriate in the workplace, they also agreed that most of the time, they thought the language was used in a ‘friendly’ manner and usually by African-American colleagues.”

She added, “While we strongly believe that these facts don’t justify the verdict reached by the jury in San Francisco, we do recognize that in 2015 and 2016 we were not perfect. We’re still not perfect.”

The company is likely to appeal the verdict.