Ernest Johnson executed despite issues raised over his intellectual capacity

Johnson was reportedly born with fetal alcohol syndrome, and lost one-fifth of his brain tissue in 2008

Ernest Johnson, a Missouri man who was convicted of murdering three people during a 1994 robbery, was executed last night despite pleas from supporters.

Johnson’s attorneys argued that Johnson’s IQ, which is in the 70s, puts him at the same cognitive function as a 10-year-old child.

Attorneys also argued that executing a man with the intellectual capacity of a child is a violation of the U.S. Constitution. An appeal to the U.S. Supreme Court was denied.

The governor of Missouri, Mike Parson, said that the state would “carry out the lawful sentence,” and the man was put to death by lethal injection last night. He was pronounced dead at 6:11 p.m. local time, according to an NBC News report.

According to the report, relatives of the three people Johnson killed in the 1994 robbery were present. 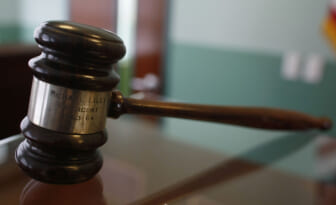 Johnson received support from Archbishop Christophe Pierre, on behalf of Pope Francis, who in a letter to Gov. Parson said, “His Holiness wishes to place before you the simple fact of Mr. Johnson’s humanity and the sacredness of all human life.”

As previously reported, in 2018, Pope Francis changed church teaching to say that capital punishment can never be sanctioned because it constitutes an “attack” on human dignity.

Rep. Cori Bush (D-MO), an advocate for racial justice, shared a tweet that noted, “In Missouri, the killers of white victims are 7-times more likely to receive the death penalty than the killers of Black victims. The death penalty is a tool that perpetuates racialized violence. It needs to be abolished. Ernest Johnson must not be executed.”

According to NBC News reporting, Johnson was born with fetal alcohol syndrome, and he lost one-fifth of his brain tissue in 2008 due to a benign brain tumor. Attorneys argued that the surgery could put him at risk for adverse reactions to the lethal injection. However, a media witness said that Johnson’s breathing became labored, but there were no visible signs of distress.